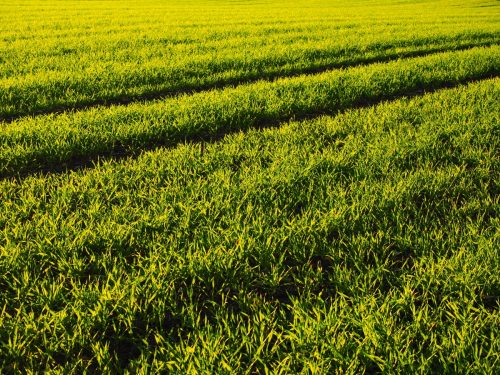 After four “disaster years” on his farm in Bismarck, North Dakota from 1995 to 1998, food producer Gabe Brown changed up the basic assumptions he brought to his operation—and ended up “something of a celebrity in regenerative farming circles,” Resilience.org reports.

The combination of severe weather events, including hailstorms and a severe blizzard, might have driven some producers to give up. But “today, I tell people those four years of crop failure were hell to go through, but they turned out to be the best thing that could have happened to us,” said Brown, author of Dirt to Soil. “They forced us to think outside the box, to not be afraid of failure, and to work with nature instead of against it.”

The mix of products from Brown’s Ranch includes grains, beef, pork, poultry, eggs, vegetables, fruit, and nuts—but what’s more important than the output is the approach Brown takes to the inputs. “To Brown, it’s not about increasing the yield, it is about maximizing the profit per acre,” Resilience states. His guiding insight, the publication adds, is that “everything on the farm hinges on the health of its soils,” reflected in a water infiltration rate—the amount of rainwater the soil can absorb—that increased from 0.5 to 10 inches per hour between 1991, when Brown bought the farm, and 2009.

“This kind of living soil is like an insurance policy against flooding and drought, and that’s why soil health matters not just to farmers, but to everyone,” Resilience notes. Brown says the five basic practices underlying his success are uncomplicated to adopt, and were developed by nature over a period of eons: limiting soil disturbance, keeping soil covered with plants at all times, aiming for maximum diversity, maintaining a living root system to feed the soil biology, and integrating animals, because “nature does not function without animals”.

In a Q&A originally published by Sustainable Food Trust, Brown said his region was in its third year in a row with less than 50% of its normal rainfall.

“During the growing season, you do definitely notice that the crops on my land are greener and we tend to have more total biomass growth compared to neighbouring lands, especially on our pasture land,” he said. “That is all due to the resilience we’ve built over time in our soils—the fact that we have been able to increase both water infiltration rates and water holding capacity.”

From that experience, he added, “I contend that farmers and ranchers tend, to some extent, to create their own weather extremes. By that, I mean droughts are more pronounced if their soils aren’t healthy enough.”

Interviewer Marianne Landzettel asked whether farmers should be paid for the additional benefits they bring back to society when they practice regenerative agriculture. “There is no doubt that farmers provide greater ecological services than almost anyone else,” Brown replied. “There is no doubt in my mind that farming and ranching is key to reversing the trends we are seeing in our ecosystems. Should they be paid for those services? Yes, absolutely, if it provides a societal benefit, which of course it would.”