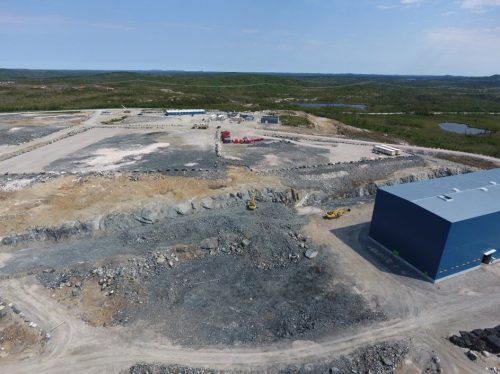 The Whabouchi mine in northern Quebec, on the territory of the Cree Nation of Nemaska, is emerging as an early winner in the race to supply lithium in response to a global boom in battery and electric vehicle production.

Beginning with Tesla’s announcement of its Nevada battery gigafactory in 2014, “investors around the world have been fretting over the adequacy of lithium supplies, in particular,” writes investment advisor Debra Fiakas. “The gigafactory concept appeared to trigger a whole slew of ‘me too’ factories, with at least a dozen now in construction and commissioning stages in North America, Europe, China, and Southeast Asia.” Consultants at Roskill in London, UK see lithium demand from battery cell makers doubling by 2027, to one million tonnes of lithium carbonate equivalent.

With that in mind, “Nemaska has not just brought new lithium supplies to the market,” Fiakas states. “The company has also developed a new electrochemical process to produce battery-grade lithium materials from spodumene, a crystalline mineral found around the world. Nemaska has located its electrochemical plant in Shawinigan in southeastern Quebec, a location favoured by paper mills and power plants.”

While lithium demand is set to rise, Fiakas says prices may not follow in step—and if the development of multiple new supply sources swamps the market, the least expensive producers will benefit.

“This is perhaps one of the most important points of the Nemaska investment case—comparative advantage,” she writes. “Roskill does suggest that in the long term, prices should return to peak levels set in 2018. In the meantime, Nemaska’s streamlined electrochemical process to produce battery-grade lithium is more likely to deliver profits, even under depressed price conditions.”