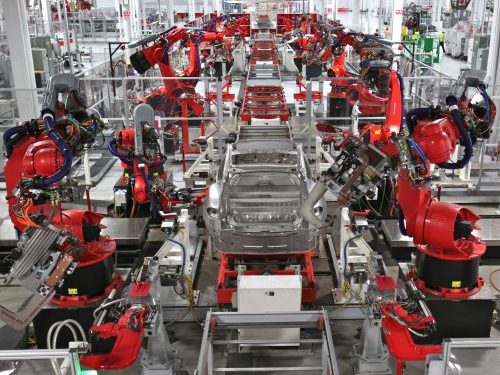 Humanity’s raw material use is on track to nearly double by 2060, driven by global economic growth and rising living standards, and the Organization for Economic Cooperation and Development (OECD) is warning that the trend bodes poorly for the effort to get climate change under control.

The Paris-based agency projects that materials use will grow from 90 gigatonnes per year today to 167 GT in 2060, based on a global population of 10 billion and average incomes matching today’s OECD average at US$40,000. The OECD also sees the increase in manufacturing driving new demand for coal, and greenhouse gas emissions related to materials management hitting 50 gigatonnes by the end of the study period.

“The projected figures are immense,” Climate News Network reports. “But so are those that quantify today’s hunger for materials. Scientists calculate, for instance, that the weight of objects made by humans is about 30 trillion tonnes, and that by 2050 we shall have built another 25 million kilometres of roads, enough to circle the Earth 600 times.”

Even with improvements in manufacturing efficiency and a gradual shift to a service economy, “the projected increase in the extraction and processing of raw materials such as biomass, fossil fuels, metals, and non-metallic minerals is likely to worsen the pollution of air, water, and soils, and contribute significantly to climate change,” Climate News Net adds.

U.S. Corporate Renewable Buyers Must Get Serious About Transmission: Report