Regina Unanimously Adopts 2050 Deadline for 100% RE 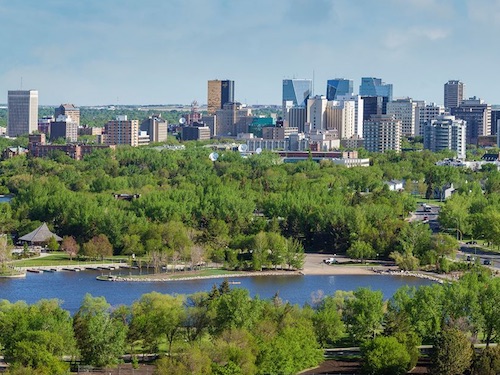 “People at all levels of government should be taking climate change seriously, and that means municipal leadership when it comes to building alternatives,” said councillor Andrew Stevens, one of three who backed the motion. “”It’s not just about fearing climate change. It’s about doing something about it.”

The motion directs city staff to come back with an implementation plan next year.

“I will be a huge cheerleader for our city on the national stage,” said Mayor Michael Fougere. “I’m incredibly proud and excited about this motion,” and “when we get this report next year, we’re going to find out where we go from here.”

CBC says solar, wind, and electric buses will likely be components of the plan. Regina expects to tap external funding sources, including the Federation of Canadian Municipalities, to fund the study and the follow-up action it triggers.

Public utility SaskPower recently reported that it’s on track to meet a government goal of producing 50% of the province’s electricity from renewable sources by 2030, CBC says. Regina is the province’s second-largest city, with a population out of 215,000 out of the provincial total of 1.149 million in 2016.