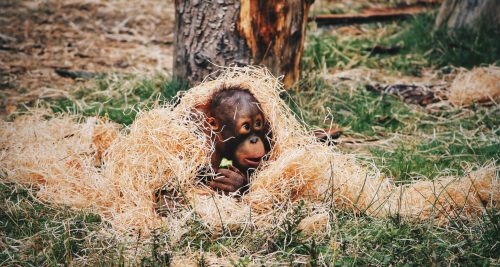 A group of British scientists and their supporters is willing to risk a prison term to press governments to tackle climate change and environmental crisis.

LONDON, 31 October, 2018 − A growing number of British academics, writers and activists say they are ready to go to prison in support of their demands for action on the environment.

Scientists are not normally renowned for their political activism, and the UK is hardly a hotbed of determined and risky protest against its rulers. But, if this group of nearly 100 British scientists and their backers is right, all that may be on the brink of changing.

Today sees the launch of ExtinctionRebellion, which describes itself as an international movement using mass civil disobedience to force governments to enter World War Two-level mobilisation mode, in response to climate breakdown and ecological crisis.

The group is launching a Declaration of Rebellion against the UK government “for criminal inaction in the face of climate change catastrophe and ecological collapse” at the Houses of Parliament in central London.

From today it promises “repeated acts of disruptive, non-violent civil disobedience” if the government does not respond seriously to its demands, and says “there will be mass arrests.”

“Now is the time because we are out of time. There is nothing left to lose.”

The group’s demands include the declaration by the UK government of a state of emergency, action to create a zero carbon economy by 2025, and the establishment of a national assembly of “ordinary people” to decide what the zero carbon future will look like.

Based on the science, it says, humans have ten years at the most to reduce carbon dioxide emissions to zero, or the human race and most other species will be at high risk of extinction within decades.

“Children alive today in the UK will face unimaginable horrors as a result of floods, wildfires, extreme weather, crop failures and the inevitable breakdown of society when the pressures are so great. We are unprepared for the danger our future holds.”

On 30 October the Worldwide Fund for Nature reported that humanity has wiped out 60% of animal populations since 1970, something it says threatens the survival of civilisation. ExtinctionRebellion says the loss of species shows that “the planet is in ecological crisis, and we are in the midst of the sixth mass extinction event this planet has experienced.”

Its members say they are willing to make personal sacrifices, to be arrested and to go to prison. They hope to inspire similar actions around the world and believe this global effort must begin in the UK, today, where the industrial revolution began.

Many of the Declaration’s signatories are well-known in the academic world. They include Danny Dorling, professor of geography at the University of Oxford, and Dr Ian Gibson, who formerly chaired the Parliamentary science and technology select committee. Serving Members of Parliament who support ExtinctionRebellion include the Green Party’s Caroline Lucas.

Other backers are probably better-known for their achievements beyond science, including the former Archbishop of Canterbury, Rowan Williams, now the Master of Magdalene College at the University of Cambridge, and the journalist George Monbiot.

Another supporter is Andrew Simms of the New Weather Institute. He told the Climate News Network: “This is almost a cry of desperation. People are bewildered. But almost every profound change in British society, from the abolition of slavery to the improvement of shipping safety, has involved people risking arrest.

“The signs I am getting from the UK government now are that it is a reckless administration putting its own people and others at risk by putting climate change virtually nowhere.

“The Declaration alone won’t bring about change: we’ll need people working practically to make change happen on the ground. But we need ExtinctionRebellion as part of the mosaic of responses to the extremely precarious situation we now find ourselves in.”

Simms, convinced that an entirely new potential for rapid societal change now exists, says: “We know what’s needed, and the resources to do it are there. ExtinctionRebellion is one example of how new ideas can spread quickly and rapid shift − and radical action − can come closer.” − Climate News Network