Vietnam, Indonesia, Philippines Could Lose $60 Billion on Coal Plants in Next Decade 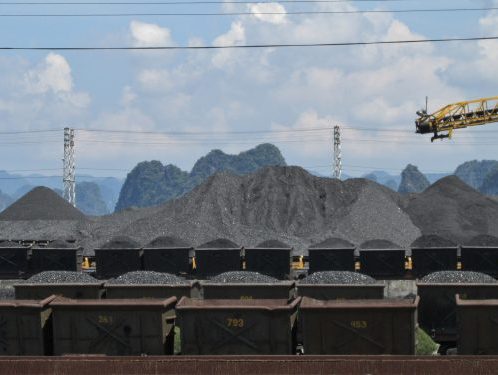 Vietnam, Indonesia, and the Philippines stand to lose up to US$60 billion on stranded coal assets over the next decade, according to a new Carbon Tracker study that counsels caution for anyone planning to open new coal plants.

The analysis is “part of a growing type of advocacy that, instead of focusing on the dire outcomes of climate change, targets investors and financial institutions by forecasting economic risks,” Bloomberg reports, in a post republished by the Institute for Energy Economics and Financial Analysis (IEEFA). “The findings underscore how quickly advances in renewable energy are changing the power landscape,” concluding that “new wind and solar plants may become cheaper than coal in those countries, which are planning a combined $120 billion in coal investments, by the end of next decade.”

Bloomberg notes that coal plants cost billions of dollars to build, on the assumption that the up-front capital will be repaid “over years of selling electricity to homes and businesses”. It’s a business model that “helped fuel industrial revolutions in Europe and the U.S., and suppl[ies] the vast majority of electricity in China.” To this day, the International Energy Agency sees coal as Southeast Asia’s fastest-growing energy source through 2040.

But “falling renewable costs could unsettle that outlook,” the news agency writes, citing Carbon Tracker analyst Matt Gray. “New solar plants may become less costly than operating existing coal projects by 2027 in Vietnam, 2028 in Indonesia, and 2029 in the Philippines. As more of that cheaper solar and wind generation is added in those countries, coal plants will go idle more often and struggle to generate revenue needed to repay their loans.”