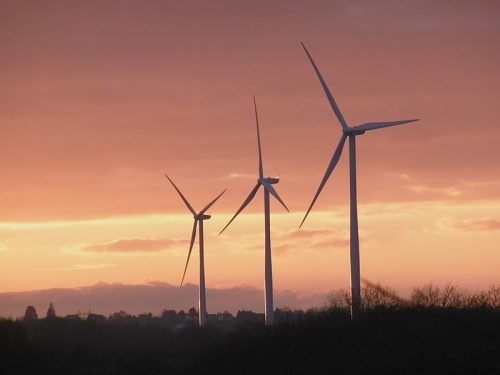 The consortium of nine Innu communities and one private developer behind the 200-megawatt, $600-million Apuiat wind farm is demanding a meeting with the new provincial government, after Energy and Natural Resources Minister Jonatan Julien instructed Hydro-Québec to prepare a strategy for exiting the project.

“Société Apuiat, which represents the Innu stakeholders, and [wind farm developer] Boralex released a joint statement Tuesday, saying they were ‘disappointed to learn of the government’s intention regarding our project’ without having had a chance to present it to the new government,” CBC reports.

“The Innu are no longer in a mindset of just receiving annuity from the government,” Société Apuiat said in a prepared statement. “On the contrary, Innu want to implement their own investment projects, to build something that is sustainable and renewable, to develop expertise and pride.”

“The Innu Nation is the promoter of the project,” added Ghislain Picard, chief of the Assembly of First Nations Quebec-Labrador. “For me, it’s important that the promoter isn’t left out of such an important decision.”

Julien said the new Coalition Avenir Québec government will now “take the time to meet with the involved parties and First Nations before making our decision final.”

The Apuiat project, first proposed in 2015, consists of 50 wind turbines to be installed near the town of Port-Cartier. It’s expected to create 300 to 400 construction jobs and 10 to 15 permanent positions. In August, Hydro-Québec signed a draft contract to buy electricity from the wind farm, but agreed to hold off on finalizing the deal until after the October 1 provincial election.

Port-Cartier Mayor Alain Thibault said dumping the project would limit the CAQ’s credibility if it tries to take on other new ventures in the region, adding that the announcement came as a surprise after a positive meeting he held with Julien last week.

“He really seemed interested in the project,” Thibault told CBC. “He was asking a lot of questions on why we needed this in Port-Cartier.”

But during the campaign, CAQ leader François Legault was sharply critical of the deal. As premier, his party’s position hasn’t changed.

“We’re not going to oblige Hydro-Québec to produce electricity we do not need,” Legault said during a September 13 Radio-Canada debate. “In a context where we have an energy surplus, this project isn’t profitable,” Julien said yesterday.

The CAQ based its opposition in part on a letter from Hydro CEO Éric Martel, released in public during the campaign, claiming Apuiat would cost the provincial utility $1.5 to $2 billion over 25 years. “Boralex and Société Apuiat challenge that analysis in their statement, claiming that by the time the wind farm would be up and running in 2022, ‘the margin of maneuver Quebec has in its energy supply will be running out’,” CBC states.