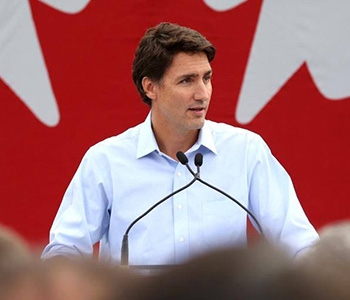 The Trudeau government’s new carbon pricing strategy is earning praise from a national think tank led by a former policy director to then-prime minister Stephen Harper, although some noted conservatives seem to be having trouble getting the memo.

“This system comes close to the recommendation made by Clean Prosperity to return all revenues from the federal carbon pricing backstop to Canadians consumers and families,” said Canadians for Clean Prosperity Executive Director Mark Cameron.

“We think the federal government is doing the right thing in putting a price on carbon in those provinces that have not done so, and in returning the money directly to households,” he added. “This will ensure that Canada has a price on all fossil fuel emissions, which will encourage lower emissions, while also ensuring that Canadian families will not be negatively affected.”

Under the federal plan, 90% of the revenue from the federal backstop price in Manitoba, New Brunswick, Ontario, and Saskatchewan will be returned to households. “The vast majority of the revenue collected will be rebated on a per capita basis,” the Globe and Mail reported earlier this week. “Some small portion of it will be used for programs to help households and businesses reduce their energy use, and to provide additional help for rural people who are heavily dependent on diesel.”

The Clean Prosperity release has that 10% share of the revenue set aside to help small and medium businesses, municipalities, schools, hospitals, and Indigenous communities deal with their carbon costs. But instead of a rebate for businesses, Cameron recommended a 0.5% small business tax cut in 2019, increasing to 1% in 2022, when the federal floor price on carbon hits C$50 per tonne.

While Cameron brings unassailable conservative credentials to his assessment, not everyone on his side of the political fence is buying the new federal plan. At least one high-profile culture warrior is resorting to old-line climate denial.

“Libs can only sell their carbon tax if they lie,” tweeted MP Maxim Bernier, who recently staged a high-profile withdrawal from the federal Conservative caucus to form his own party. “Lie #1: You’ll get back more money. Lie #2: It’s a price on ‘pollution.’ CO2 is NOT pollution. It’s what comes out of your mouth when you breathe and what nourishes plants.”

“If that’s the extent of your education in chemistry, you have a lot to learn,” replied The Tyee’s Crawford Killian.

“#FactCheck Pollution isn’t something that’s not natural,” agreed Climate Action Network-Canada Executive Director Catherine Abreu. “It’s too much of something in a harmful context. Too much carbon in the atmosphere is pollution. Everybody poops & faeces can be fertilizer but if there was too much of it in your drinking supply you’d call it pollution.”