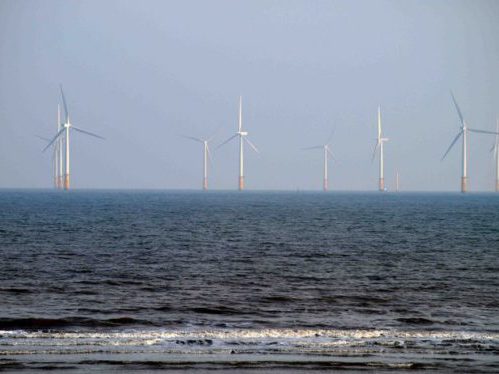 The £2.6-billion Beatrice offshore wind farm in Scotland is hiring migrant labour without proper immigration documents at rates that are a fraction of the UK minimum wage, prompting the International Transport Workers’ Federation (ITF) and the Rail, Maritime and Transport Workers’ Union (RMT) to accuse the government of failing to protect workers.

“Offshore wind farming is one of the UK’s biggest growth industries, hailed by both the Conservatives and Labour as a priority for investment that will create thousands of jobs while also producing clean energy,” The Guardian reports. But the unions contend “that the use of cheap foreign labour instead of local workers is a growing problem in the sector’s subcontracting chains.”

The situation traces back, at least in part, to a British Home Office decision to grant a six-month, temporary waiver that allowed the wind industry to hire workers from outside the European Economic Zone. The rule, set to expire in October 2017, has since been extended twice, most recently until April 2019.

An ITF inspection aboard one crane ship found 140 migrant workers, the majority of them from Russia and some from Indonesia, some of them with contracts that showed the extraordinarily low wage rates.

When the Beatrice project launched, then-energy secretary Amber Rudd boasted that it would “provide home-grown clean energy boosting skills and create jobs and financial security for working people and their families in Scotland and across the UK.” Rudd was British home secretary when the exemption was first granted.

The Beatrice wind farm, due to be completed next year, belongs to a joint venture led by privatized utility Scottish and Southern Electricity (SSE), which “won a licence to develop the wind farm in UK territorial waters with pledges that it would aim to recruit locally,” The Guardian states. It subcontracted some of the construction to offshore operations specialist Seaway Heavy Lifting. And it was SHL that issued contracts for 12-hour work days and seven-day weeks while at sea at rates of just £58 to £68 per day—well below the national minimum wage of £7.50 per hour.

“SSE and its subcontractor say migrant worker contracts were altered when they became aware of irregularities, but according to the unions, Beatrice exposes a lack of adequate enforcement and regulation in the booming sector,” The Guardian reports.

“We have been working closely with the Home Office and relevant industry bodies regarding concerns raised around the employment of non-EEA nationals in UK territorial waters,” SHL said. “We continue to work to ensure we meet all applicable regulations.”

SSE and its project partners, meanwhile, “take any potential breach of UK immigration law by its contractors extremely seriously, and each of [Beatrice’s] suppliers is contractually required to fully comply with UK law, including obtaining all relevant work permits and paying at least the national minimum wage,” a company spokesperson added. She said the consortium “took action as soon as the issue came to light to ensure SHL was meeting its contractual and legal obligations.”

The Guardian reports on several other vessels, including local fishing trawlers, taking contracts in which workers from Ghana and The Philippines are receiving less than minimum wage.

Pre-Meeting in Krakow Must Deliver Results Ahead of COP 24: WRI