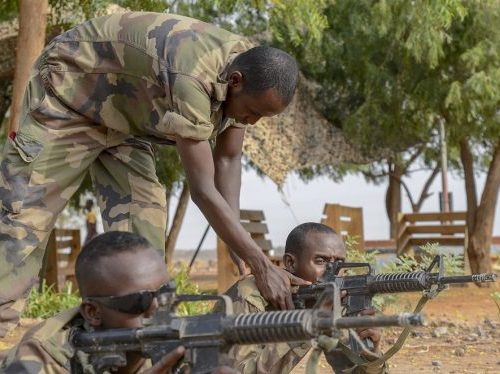 Humanitarian organizations are already coping with the on-the-ground reality that climate change is making domestic and international conflicts worse, according to Peter Maurer, president of the International Committee of the Red Cross.

“In many parts of the world where we work, it’s not a distant engagement,” Maurer told Guardian Australia over the weekend. “It’s very obvious that some of the violence we are observing…is directly linked to the impact of climate change and changing rainfall patterns” that shift the fertility of land and force populations to migrate.

“When I think about our engagement in sub-Saharan Africa, in Somalia, in other places of the world, I see that climate change has already had a massive impact on population movement, on fertility of land,” he said. “It’s moving the border between pastoralist and agriculturalist.”

And when populations begin to move en masse, “it leads to tensions between the migrating communities and the local communities. This is very visible in contexts like the Central African Republic, like Mali and other places.”

Maurer added that it will fall to governments, not humanitarian organizations, to address the root causes behind a mounting crisis, citing the Paris Agreement as an important step forward.

“As a humanitarian I am used to political decisions…never [being] as fast as we hope for them, or as generous or as big,” he told The Guardian. But “we hope the international community will soon enough take necessary steps, so at the end of the day they won’t have to pay by increasing humanitarian impacts which, again, we already see in other conflicts.”