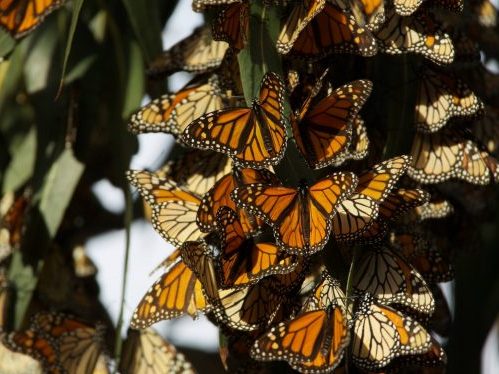 A “hyper-alarming” population decline in insects and the animals that feed on them extends across the Americas and is more serious than scientists previously believed, and climate change is the cause, according to a new study last week in the Proceedings of the National Academy of Sciences.

The study “is a real wake-up call—a clarion call—that the phenomenon could be much, much bigger, and across many more ecosystems,” said University of Connecticut invertebrate conservationist David Wagner, who was not involved with the research. “This is one of the most disturbing articles I have ever read.”

“If anything, I think their results and caveats are understated,” he added. “The gravity of their findings and ramifications for other animals, especially vertebrates, is hyper-alarming.”

The concern about insect populations is not new, with “a small but growing number of long-term studies showing dramatic declines in invertebrate populations,” the Washington Post reports. “In 2014, an international team of biologists estimated that, in the past 35 years, the abundance of invertebrates such as beetles and bees had decreased by 45%. In places where long-term insect data are available, mainly in Europe, insect numbers are plummeting. A study last year showed a 76% decrease in flying insects in the past few decades in German nature preserves.”

In the latest study, biologist Bradford Lister of Rensselaer Polytechnic Institute and ecologist Andrés García of the National Autonomous University of Mexico repeated an inventory of Puerto Rican rainforest insect populations that Lister first conducted in the 1970s. The results were stark.

“We went down in ’76, ’77 expressly to measure the resources: the insects and the insectivores in the rainforest, the birds, the frogs, the lizards,” Lister told the Post. Four decades later, “boy, it was immediately obvious when we went into that forest,” with fewer birds overhead and the abundant populations of butterflies all but vanished. They documented a 60-fold loss of insect biomass in the forest.

“Everything is dropping,” Lister said, with all the forest’s most common species—moths, butterflies, grasshoppers, and spiders, as well as insect-eating lizards, frogs, and birds—all far less abundant.

Louisiana State University entomologist Timothy Schowalter said the results are consistent with his own research, and with European insect biomass studies. “It takes these long-term sites, with consistent sampling across a long period of time, to document these trends,” he said. “I find their data pretty compelling.”

“The food web appears to have been obliterated from the bottom,” the Post states, and “Lister and García attribute this crash to climate. In the same 40-year period as the arthropod crash, the average high temperature in the rainforest increased by 4.0°F (2.2°C). The temperatures in the tropics stick to a narrow band. The invertebrates that live there, likewise, are adapted to these temperatures and fare poorly outside them; bugs cannot regulate their internal heat.”

While the 2017 study in Germany tagged pesticides, habitat loss, pathogens, and invasive species as causes of insect loss, Lister said pesticide use in Puerto Rico has fallen 80% since 1969—so it’s hard to identify a cause other than climate change.

“It’s bewildering, and I’m scared to death that it’s actually death by a thousand cuts,” Wagner said. “One of the scariest parts about it is that we don’t have an obvious smoking gun here,” he added, pointing to droughts and limited rainfall—not temperature increase—as a particular danger to arthropods. Lister maintained that heat is the clear culprit.