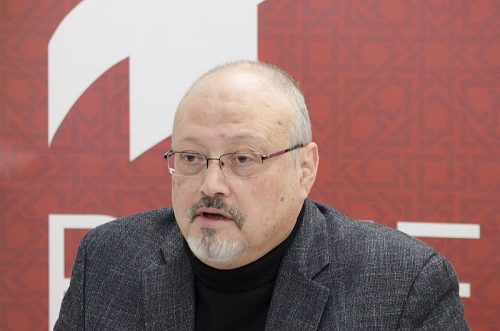 As the murder of dissident journalist Jamal Khashoggi at the Saudi Arabian consulate in Istanbul, Turkey roils the regime of Crown Prince Mohammed bin Salman, analysts are looking at the implications for cleantech startups like Tesla Motors and Lucid Motors that have received billions in Saudi investment.

“Prince Mohammed (also known as MBS) was once hailed as a reformer, but he is facing severe damage to his reputation. Numerous global business leaders canceled attendance at the ritzy Future Investment Initiative, to be hosted by the kingdom’s sovereign wealth fund” this week, Greentech Media reports.

But “some relationships go deeper than conference attendance: The petro-state has pivoted hard into clean energy in recent years, and the Saudi sovereign wealth fund owns major stakes” in Tesla, Lucid, and other cleantech ventures.

“Ride-hailing company Uber exemplifies the complexities of the Saudi relationship,” Greentech states. “CEO Dara Khosrowshahi pulled out of the conference ‘unless a substantially different set of facts emerges.’ But he can’t sever ties completely, because the Saudi Public Investment Fund invested US$3.5 billion in the company in 2016 and got a board seat in the deal.”

Tesla didn’t respond to Greentech’s questions about the Khashoggi affair, while a Lucid spokesperson reported “no change at this time” in its relationship with Saudi Arabia.

While bin Salman has also made a strong rhetorical commitment to solar energy development, the performance has yet to line up with the hype. The regime cancelled a much-hyped $200-billion, 200-gigawatt solar deal, and was also reported to be making a determined effort to undermine the IPCC’s landmark report on 1.5°C pathways before it was released earlier this month. As pressure mounted in the wake of Khashoggi’s disappearance, Saudi Arabia broke a 45-year “essential market taboo” by threatening to use its copious oil reserves as a tool for economic retaliation.