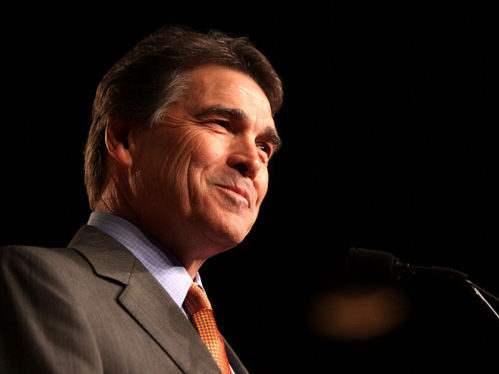 Donald Trump’s determined effort to bail out his country’s dying coal industry appears to have “run aground at the White House”, with the plan facing determined opposition from Oval Office advisors, Politico reports.

“Energy Secretary Rick Perry has spent more than a year pushing various plans that would invoke national security to force power companies to keep their economically struggling coal plants running—a goal in line with Trump’s frequent pledges to revive what he calls ‘beautiful, clean coal,’” the inside-the-Beltway daily states. “But the White House has shelved the plan amid opposition from the president’s own advisers on the National Security Council and National Economic Council, according to four people with knowledge of the discussions.”

While Trump can still brag to his coal industry patrons that he has withdrawn the U.S. from the Paris Agreement and dismantled environmental regulations introduced by President Barack Obama, the stalemate over the coal bailout “is frustrating the politically active coal mining companies that backed Trump’s presidential campaign and lobbied heavily for an economic lifeline for their industry.”

“Every option they might consider raises the costs for somebody at a time when nobody has an appetite for increased costs anywhere,” said energy consultant Bob Coward of MPR Associates. “I think that’s the problem they keep running into. The political will to pay for it is not broadly there enough yet for them.”

While industry contacts tell Politico the U.S. Department of Energy still backs the bailout, “the agency has struggled to provide the White House with details on which plants would get funding,” the paper says. “One of Perry’s biggest problems in formulating a bailout is figuring out who would pay the billions of dollars needed to keep money-losing power plants operating—raising the spectre that electric customers would have to cover the cost in their monthly utility bills.”

Bloomberg reports that the Trump administration has declined to release a DOE-commissioned report on the bailout plan that was delivered six months ago, but failed to reach a conclusion that justified support for the country’s coal and nuclear plants. “The report hasn’t seen the light of day,” principal author Michael Webber tweeted last Friday.

While not all reports commissioned by public agencies are ever published, “this instance is eye-raising,” Bloomberg notes, “in that it has a finding that doesn’t match the Trump administration’s narrative that coal and nuclear plants should be subsidized because they are more resilient to disruptions, including malicious attacks from foreign actors that could jeopardize national security.” Instead, the study took a more comprehensive view of the electricity system, concluding that every form of generation brings strengths and weaknesses to the effort to keep the grid operating.

“There is no one answer,” Webber told Bloomberg. “You have to have a suite of options.”