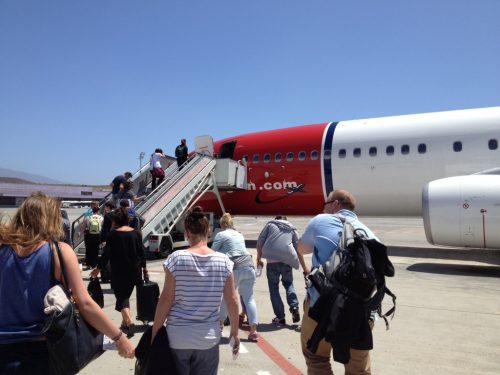 Last week’s debate on Ireland’s annual financial budget would have been a great opportunity for legislators to take a serious look at their “other” budget—their carbon budget—University College Cork post-doctoral energy modeler James Glynn argues in a recent post.

“When will our representatives take our health and welfare impacts from climate change seriously enough to debate Ireland’s fair share carbon budget?” Glynn writes, in an opinion piece for RTÉ, the country’s national public service multimedia organization. “As a nation, we produce half the CO2 per person of the average American, 25% more than the average European, double the world average, four times the average Indian, and over 25 times the average Kenyan. To stop warming the climate, we know we must reduce our carbon dioxide (CO2) emissions, but by how much and by when?”

Citing the recent IPCC report’s conclusions on the pace and depth of decarbonization required by mid-century, Glynn stresses that “climate change is not our grandchildren’s problem, as is so often espoused by elder statespeople who are often double the average age (37) of Irish citizens.” The country’s per capita carbon dioxide emissions of 8.5 tonnes per year mean the average lifespan would contribute 640 tonnes.

“If each person on Earth had this same lifestyle, the global collective CO2 emissions over the next three generations (82 years) would be approximately 6,500 GtCO2,” he notes. “This is equivalent to greater than 3.0°C warming from CO2 alone, and likely greater than 4.0°C warming with associated other greenhouse gases from agricultural methane and nitrous oxide.”

By contrast, if the remaining carbon budget is 1,000 gigatonnes of carbon dioxide to keep average global warming below 2.0°C, or 500 Gt to pursue a 1.5°C limit, a “rather simplified approach” to the problem places the per capita lifetime limit closer to 100 tonnes.

So “how much are you willing to bet on your cumulative carbon budget, or taking an overdraft on your carbon budget?” Glynn asks. “Will your children inherit your carbon debt in the form of runaway climate change? Will you pass on water shortages and fodder crises in the 2.0- to 3.0°C-warmer summer, and flooding and storm damage during the winter to them? When you’re 70, will your pension be vulnerable to your carbon debt through financial insurance markets’ volatility through uninsurable risks?”

That line of thinking, with several more examples included in his post, “does not inform how you could choose to spend your carbon budget, but it does link your individual local choices to the global temperature stabilization target,” Glynn adds. He encourages readers to demand climate action commensurate with the Paris Agreement, and reduce “superfluous carbon intensive habits and consumption from your life,” recognizing that “the CO2 emission reductions you maintain over your lifetime are more important than a momentary reduction you achieve in a single year.”