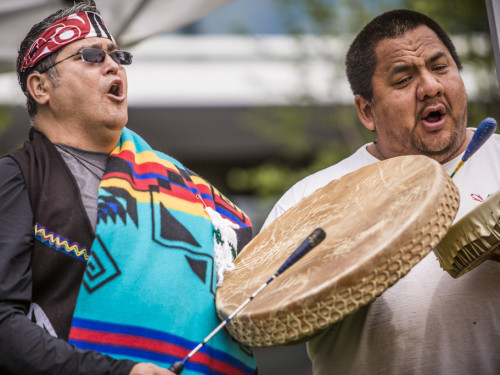 The Mikisew Cree First Nation in northern Alberta is vowing to carry on the fight, after the Supreme Court of Canada ruled against the community’s contention that the federal government has a duty to consult Indigenous people before introducing legislation that could have an impact on their treaty rights.

“It’s been a long struggle,” said Mikisew Chief Archie Waquan told media yesterday. “I’m very disappointed, but that’s not saying this is the end. We have more to accomplish.”

Waquan added: “If we were just to lay down and say, ‘Hey, we lost it and we quit,’ that’s not our way of life. That’s not the way we do things.”

The ruling came just a day after the Heiltsuk First Nation filed a damage claim in B.C. Supreme Court against the federal and provincial governments and Kirby Corporation, the operator of the Nathan E. Stewart tugboat. The vessel ran aground in 2016, spilling 110,000 litres of diesel fuel, lubricants, heavy oils, and pollutants and contaminating an important Heiltsuk food harvesting and cultural site and village.

“We’re here to stand up and fulfill our responsibility as the Indigenous, place-based people of this coast, to say this has to stop and we have to do better,” Heiltsuk hereditary chief Frank Brown said Wednesday.

“This case is about loss,” added elected chief councilor Marilyn Slett. “Loss of employment, loss of culture, and loss of trust. With this legal action, we are seeking compensation for cultural and financial losses associated with harvesting and cultural disruptions and the cost of environmental testing.”

The Mikisew case went back to 2012, when the Harper government introduced two omnibus bills that gutted key federal environmental legislation. “The Mikisew argued the bills affected their constitutionally-protected treaty rights because they amended regulatory protections for waterways and the environment, threatening their established right to hunt, trap, and fish on their traditional territory,” CBC reports. Those rights were guaranteed in Treaty 8, signed by the Mikisew and the British Crown in 1899, and enshrined in the 1982 Constitution Act.

On that basis, the community argued that the duty to consult should apply while federal policy is being developed—not just when cabinet or regulators take executive actions.

“Ottawa argued this would threaten parliamentary supremacy and undermine the role of Parliament—and the separation of legislative, executive and judicial powers—by subjecting laws that have not yet passed to judicial review,” CBC states. The judges agreed that courts have no jurisdiction over legislation that is still under development, concluding unanimously that “Parliament has the right to pass legislation, and courts may hear challenges of that legislation only after it has become law,” the Globe and Mail reports.

“Two constitutional principles—the separation of powers and parliamentary sovereignty—dictate that it is rarely appropriate for the courts to scrutinize the law-making process,” wrote Justice Andromache Karakatsanis.

The court ruled by a 7-2 margin that the duty to consult does not apply to legislation. “Five of the judges said the principle of the Honour of the Crown, which requires the government to act honourably when dealing with Indigenous people, still applies during the legislative process, but they were divided about the practical effects of that requirement,” the Globe states.

While one community’s court battle wound down—at least for the moment—and another began, members of a tribal alliance in Michigan say Governor Rick Snyder is ignoring their 182-year-old treaty rights with a plan to drill a tunnel below the Strait of Mackinac to stabilize the aging Line 5 pipeline.

“We had that treaty before Michigan was even formed. Enbridge came in the 1950s. If the governor is meeting with anybody, it should be with us,” said Thurlow “Sam” McClellan, chair of the Grand Traverse Band of Ottawa and Chippewa Indians, following a September 27 meeting with Snyder that he described as a “formality”.

“When it comes to Native Americans, we’re kind of pushed aside and treated as second-class people. We’re not—we were here first.” But “as far as consulting, negotiating, or looking at what’s best for the tribe in this situation, that’s not what we see or hear.”

“They more or less told us to pound sand,” agreed Bryan Newland, chair of the Bay Mills Indian Community in the Upper Peninsula. “Our objective is not to show up and shake our fist at the state. It’s to propose solutions.”