Welcome to The Energy Mix Yearbook 2018! 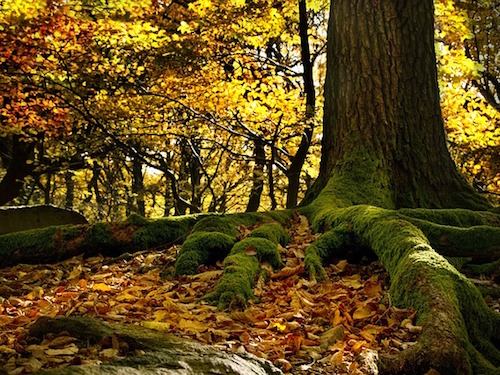 We developed the yearbook by asking our readers to help us pick the dozen or so themes that best summed up 2018, then assembling a sampling of the stories on those topics that we curated up to about November 30.  We chose the yearbook format to strike a balance between breaking news and underlying trends, between anecdotes and detailed analysis, to tell the story of a post-carbon transition that is well under way but still very much a work in progress.

We call our chapters “snapshots” because that’s what they are. The Mix only has space, and our readers only have time, to cover a small fraction of the available content on climate change, energy, and post-carbon solutions, and the yearbook only takes in a small fraction of that material. We’ve tried to set up each chapter to tell a coherent, integrated story and make it easy for you to track down more detail where you need it.

Here are some of the stories we’ve been following…

A Year of Climate Extremes: 2018 was another year of hell and high water, as the extreme weather impacts predicted by decades of climate science and advocacy continued to accelerate.

The Drive for 1.5°: The landmark report of the UN’s Intergovernmental Panel on Climate Change (IPCC) on pathways to a 1.5°C future was one of the most important moments of the year, and a major milestone in the fight against climate change.

The Fossil Industry Goes for Broke: While fossils held onto their considerable financial and political control over energy worldwide, deep cracks started to appear for the first time that will ultimately challenge their long-term dominance.

The Surge of Renewables and Energy Storage: More than any other part of the climate change story in 2018, the continuing boom in renewable energy, energy efficiency, and affordable battery storage was a source of excitement, momentum, and hope.

The Rise of Electric Vehicles: With their costs falling and popularity surging, electric vehicles were one of the top stories of 2018, pointing toward a rapid rejection of internal combustion and diesel that could roil demand for conventional gasoline far sooner than many analysts believe.

Canada’s Contradiction: Low-Carbon Leader or Perpetual Petro-State?: 2018 was the year Canada’s policy contradictions on climate and energy came home to roost, as the government of Prime Minister Justin Trudeau tried to square its enthusiastic embrace of the Paris Agreement with its equally avid support for the country’s carbon-emitting fossil industry.

Pipeline Politics: The nation called Blockadia made the fight against pipelines and other new fossil fuel infrastructure a central part of the climate change story in 2018, across North America and around the world.

A Bumpy Road to Paris Implementation as Countries Prepared for COP 24: In the months leading up to this year’s United Nations climate conference in Katowice, Poland, negotiators worked toward completion of the all-important rulebook for implementing the 2015 Paris Agreement, and several individual countries announced faster, deeper targets for reducing their greenhouse gas emissions.

Renewables and Efficiency Jobs Surge While Fossil Employment Sags: At the level of raw numbers, job creation in 2018 was one of the simplest, most straightforward pieces of the climate change puzzle, while the demand for a just transition for fossil industry workers and communities moved toward centre stage.

Sub-National Governments, Cities Step Up on Climate Action: Sub-national and municipal governments continued to take an outsized role in 2018 in setting ambitious targets to reduce carbon pollution and drive a transition to renewable energy.

Legal Campaigners Fight Climate Change Through the Courts: 2018 saw an uptick in legal action on climate change, with citizens, cities, and states turning to the courts to push for faster government action to cut greenhouse gas emissions or hold fossil companies accountable for their role in the climate crisis.

SNAPSHOT: The Rise of Electric Vehicles