SNAPSHOT: The Rise of Electric Vehicles 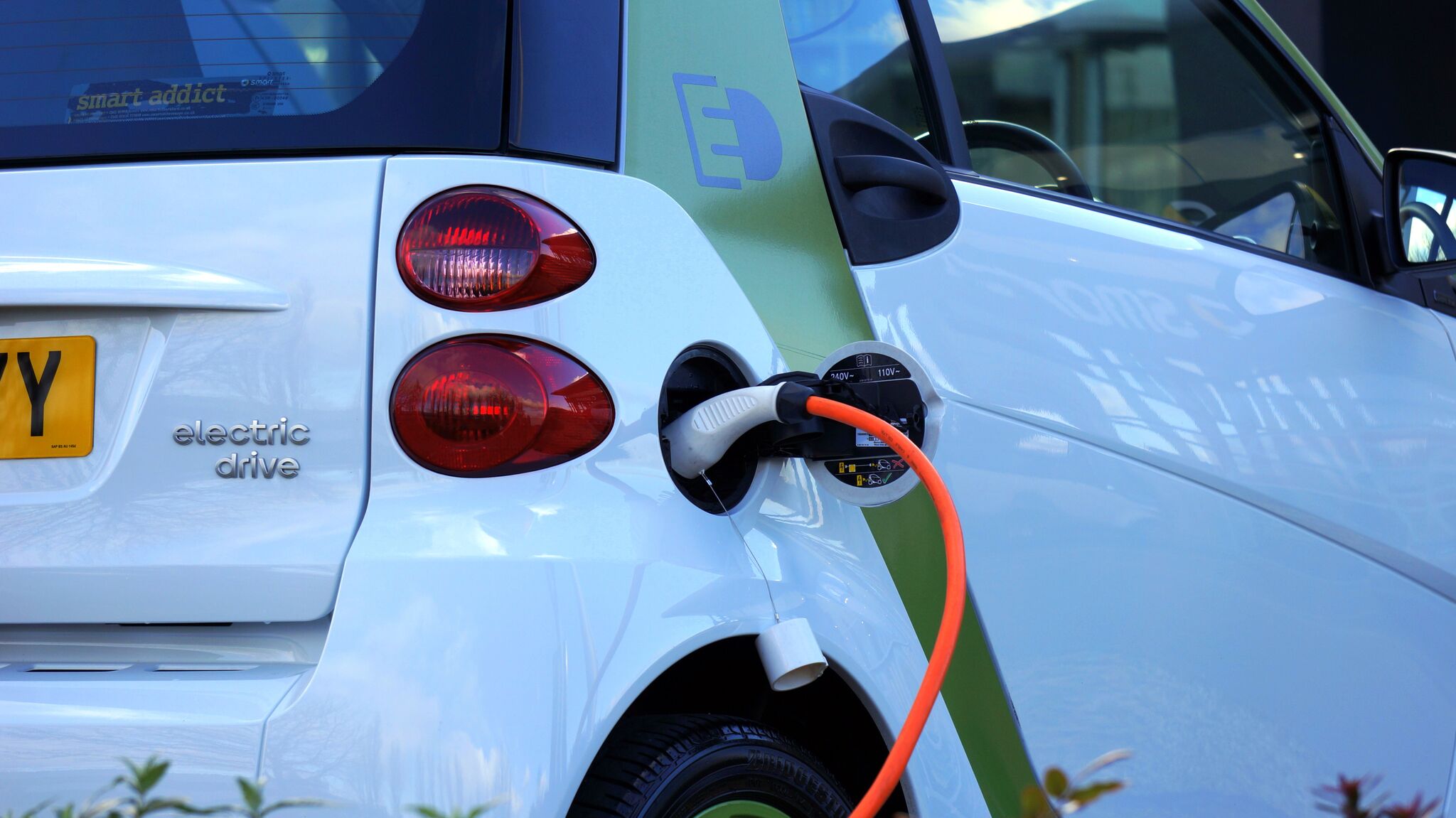 With their costs falling and popularity surging, electric vehicles were one of the top stories of 2018, pointing toward a rapid rejection of internal combustion and diesel that could roil demand for conventional gasoline far sooner than many analysts believe.

Global EV sales hit four million in late August, and were expected to reach five million in another six months. Analysts at Bloomberg New Energy Finance foresaw EVs becoming cheaper to own and operate than internal combustion in the next five years, with electric buses completely dominating their sector by the late 2020s. By 2040, they projected EVs capturing 55% of the world’s light duty vehicle sales, accounting for 80% of the global bus fleet, and wiping out 7.3 million barrels per day of oil demand, about equal to the combined output from Iran and Iraq. Nissan promised a range-anxiety-busting battery for its 2019 EV models, and Greentech Media explained the future prospect of vehicle-to-grid technology turning EVs into portable electricity storage units.

Betting Big on an Electric Future

An investment “tsunami” at the beginning of the year showed automakers betting big on EVs, while the International Energy Agency expected the global EV fleet to triple by 2020, then double every three years after that through 2030. All of that electrification was on track to triple global grid capacity by mid-century, and higher oil prices—if and when they happen—were only expected to accelerate EV adoption and continue obliterating fossil demand. The race was on for one of several battery manufacturing plants envisioned for the European Union, with total output expected to grow 20-fold by 2025.

Governments at all levels began considering some serious demand obliteration of their own, with several key jurisdictions looking ahead to full-scale bans on sales of new diesel and internal combustion cars. Denmark proposed a 2030 phaseout, the United Kingdom considered a 2040 ban that would even include hybrid vehicles, mayors in Germany urged a faster phaseout, and a German court encouraged municipalities to get on with the job. British Columbia joined the party in November with a 2040 phaseout target.

In the United States, Governor Jerry Brown opened the year with a State of the State address that set a new mandate for zero-emission vehicles and touted high-speed rail. Cambridge, Massachusetts-based Synapse Energy Economics foresaw 20,000 jobs and US$25 billion in new investment in Ohio in response to a range of cleantech opportunities, including EVs. North Dakota Governor Roy Cooper declared a 2025 deadline to reduce his state’s greenhouse gas emissions by 40%, not long after seeing Hurricane Florence temporarily turn his state and neighbouring South Dakota into an archipelago.

U.S. drivers paid half as much to charge their EVs as they would to pump gas. EVs delivered lower life cycle emissions than internal combustion, but supply chains still had work to do on component recycling. North Carolina co-ops installed charging stations to boost EV tourism, a California company deployed 10,000 chargers in a bid to cut peak power demand, and UPS ordered 50 hybrid-electric delivery vans, delivery drones included. A pilot-scale lithium mine on Cree territory near Nemaska, Quebec was set to tap rising demand from battery-makers, and designers said a new zinc-air battery design was on track to undercut lithium-ion on price.

The newly-elected Ford government in Ontario staked its claim to the year’s best 1950s innovation policy by cancelling electric vehicle incentives, along with a suite of other climate and energy transition policies. After Tesla sued, a judge ruled the high-end automaker’s customers had received arbitrary treatment in the cancellation and ordered Team Ford to behave. Despite Ford’s best/worst efforts, Ontario’s first EV charger manufacturing plant opened in Markham, not long after a Toronto Sun investigation revealed that the province’s C$20-million charger program was hobbled by slow installations, poor placement, and bad management. EV charging was also a continuing problem for early adopters living in condo buildings.

Buying a diesel car in Europe became an “unnecessary act of courage”, while Volkswagen invested $25 billion in battery development, General Motors predicted a fast EV transition, and Nissan pushed for free EV charging while cutting hundreds of jobs from its diesel production lines. Electric bus fleets were on the rise despite a concerted attack from the Koch brothers’ network, and Canada’s biggest-ever electric bus sale was set to bring 40 new vehicles to Montreal and Laval. In late November, General Motors announced the closure of its big auto manufacturing plant in Oshawa, Ontario, citing its decision to shift its global production lines toward EVs.

But none of that momentum stopped North American and Scandinavian auto dealerships from trash-talking EVs, according to mystery shopper studies, at least one of them peer-reviewed. In Canada, EVs packed one-sixth the climate impact of internal combustion engines and enjoyed 68% higher sales across country in 2017, 120% higher in Ontario. But they were still incredibly hard to find for buyers who wanted them.

The broader EV transition ran into major hiccups, as well, as United States automakers continued to embrace SUVs and light trucks despite their rhetorical support for EVs. “The American manufacturers haven’t figured out how to make money on cars,” said Safe Climate Campaign Executive Director Daniel Becker. “They only make money on pickup trucks and SUVs. So they are seizing on temporarily low gas prices and…politicians like Trump to shift production to the most profitable vehicles they make.”

Tesla Motors found its way back to record profitability in late October, earning applause from one of its toughest critics while enthusiasts pointed to its growing market dominance. The upstart EV-maker also closed a land deal for a new battery gigafactory in Shanghai.

But the road to stability wasn’t easy. Before finally hitting its long-promised production target for its Model 3 sedans, Tesla endured months of “production hell” that included cash flow and health and safety concerns, layoffs, a harsh critique of the company’s emissions intensity and corporate reporting, and a whistle-blower raising serious concerns about safety and product quality. By the end of the year, CEO Elon Musk had relinquished the position of Tesla Board chair, after his unconventional behaviour culminated in a fateful tweet that netted him and his company a Securities Exchange Commission investigation and fine.

The drama prompted one analyst to suggest that Musk had already made his mark—that the EV transition would ultimately continue, with or without Tesla, even if the “without” scenario wasn’t Musk’s preferred outcome.

But GM and Honda still pushed back on the Trump administration’s fuel economy rollback, with GM proposing a federal EV mandate that earned a quick expression of interest from the Canadian government, followed by severe second-guessing from industry and environmental groups alike. The Energy Mix correspondent Will Dubitsky warned the attack on tailpipe emission standards in the U.S. could trigger the next big auto industry bailout, the American Council for an Energy-Efficient Economy (ACEEE) pointed to the benefits to power utilities in enabling grid-EV integration, and utilities fought off the first round of an attempt by the Koch-backed Institute for Energy Research to attack electric vehicle programs through the secretive American Legislative Exchange Council (ALEC).