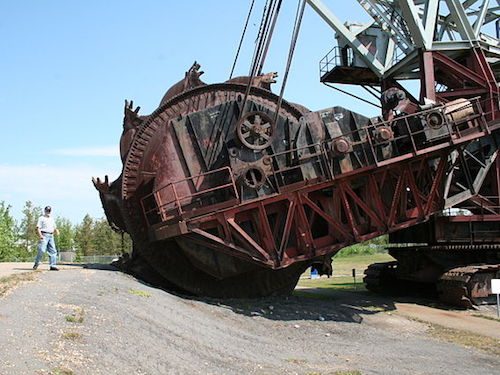 Teck Resources Ltd.’s C$20.6-billion tar sands/oil sands megaproject in Alberta is unlikely to be commercially viable, offering “a weak financial case with little chance of remaining a going concern for the 41 years promised in the application,” the Institute for Energy Economics and Financial Analysis concludes in a report produced for Stand.earth.

IEEFA Director of Finance Tom Sanzillo, a former deputy comptroller for New York State, presented his findings October 4 to the federal-provincial panel set up to review the project.

“Canadian oil producer plans to export oil sands to Asian and other major importers face stiff competition from oil producers with existing trade relationships and lower cost structures,” IEEFA notes in the executive summary of the report. “These competitors will win out over Canadian oil sands producers in Asia and other markets.”

Beyond the structural decline facing the Canadian tar sands/oil sands sector, Sanzillo expresses doubts about Teck’s ability to complete the project “due to its relative inexperience in oil sands, limited bandwidth for such a project, and the sheer scale of the project itself relative to Teck’s market capitalization” and capital expenditure budget. Compared to large and colossal fossils like Suncor and Exxon Mobil, with market capitalization of $66 and $330 billion, respectively, Teck’s market cap of $13 billion falls short of the total value of its new tar sands/oil sands venture.

Teck has also scaled back the royalty revenues and household economic benefits it expects to deliver if the project goes ahead.

With public opposition to the project mounting, the report suggests a possible parallel to a recent deal that saw Canadian taxpayers buy out a $4.5-billion pipeline project that had abandoned any semblance of economic sense (before even factoring in its climate and biodiversity impacts). “Companies like Kinder Morgan, which has contracted to sell its unfinished Trans Mountain pipeline and related assets to the Canadian government, find that their credit rating improves when they rid their balance sheets of financially distressed new projects,” Sanzillo notes.

If Teck Resources has money to burn the worst, dirtiest, environmentally damaging method for extracting oil sands bitumen is mining. Develop a profitable business Upgrading diluted bitumen for a cut of the WCS discount for dangerous, deadly, poisonous dilbit. Or forget the foam and froth and reclaim the tailings ponds.
Canadian inventions and innovations can benefit other industries and countries,. Never mind that we are not obliged to do anything since we produce only .1 or 1% of the worlds problems or so the guilty say.