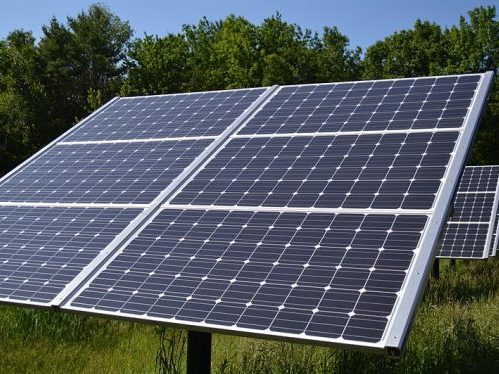 A year after Hurricane María obliterated Puerto Rico’s power grid, causing the longest electricity outage in American history and contributing to an estimated 2,795 deaths, the island is still not preparing for the next hurricane, a team of three researchers argues in a new article in the journal Science.

But “disruptions create possibilities for change. Hurricane María brought an opportunity to move away from a fossil fuel-dominant system and establish instead a decentralized system that generates energy with clean and renewable sources. This is the path that will bring resilience to Puerto Rico.”

Like other Caribbean islands, Puerto Rico relies heavily on fossil fuels, with 98% of its electricity produced from imported oil, natural gas, and coal. “The distribution of 6,023 MW is challenging, requiring thousands of miles of transmission and distribution lines over the island’s steep topography,” the three academics write. “This makes the island’s centralized electrical grid vulnerable to hurricanes that are predicted to increase in severity because of climate change.”

With abundant sun, wind, water, and biomass, none of the islands should have to rely on fossil technology. “Unfortunately, the government of Puerto Rico and the U.S. Federal Emergency Management Agency have been making decisions about the local power authority that are restoring the energy system to what it was before Hurricane María hit, perpetuating fossil fuel reliance.”

But local communities have different ideas. Massol-Deyá, Stephens, and Colón point to the mountain municipality of Adjuntas, where the community non-profit Casa Pueblo is expanding on local solar infrastructure that was left unscathed by the hurricane. “Analog solar-based energy systems were designed and installed by Casa Pueblo to supply the needs of numerous entities in the community: medical equipment, such as peritoneal dialysis for homes with patients; a radio transmitter for a community radio station; and equipment for hardware stores, minimarkets, restaurants, and other businesses,” they write. “Around the island, other examples of off-the-grid local energy production reflect community resilience grounded in projects that foster renewable energy.”

But while that experience and others point to the scope of the opportunity, “the majority of rural communities is still in need of sustained help,” the article concludes. “The Puerto Rican government and U.S. Congress should use Hurricane María as a turning point for pushing Puerto Rico toward using 100% renewable energy, rather than a platform to plant generators across the island.”