Florida Declares State of Emergency with Hurricane Michael Due Wednesday 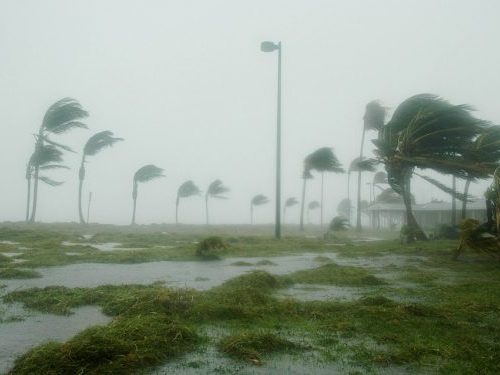 Hurricane Michael is expected to hit Florida’s Gulf Coast Wednesday as a Category 3 hurricane, and may be on track to be the area’s strongest hurricane in at least 13 years.

The U.S. National Hurricane Center warned of a “life-threatening storm surge” of up to eight to 12 feet in the most heavily-affected areas.

“The storm, the seventh Atlantic hurricane of 2018, began to form an eye Monday as it gradually strengthened,” the Washington Post reported Monday afternoon, citing the NHC. “Travelling over very warm waters, with light upper-level winds, it could rapidly intensify over the next 24 to 36 hours.”

“#Michael could be one of the worst hurricanes to ever strike the Florida Big Bend and Florida Panhandle region,” tweeted The Weather Channel hurricane expert Rick Knabb. “We only have today and Tuesday to complete life-saving preparations.”

While the storm is expected to hit the Panhandle from Pensacola to Apalachicola, damaging winds could reach southern Georgia and southeast Alabama. The Hurricane Center is warning of “life-threatening flash flooding” in Georgia and South Carolina, including areas recently hit by Hurricane Florence.

Florida Governor Rick Scott, who famously banned his state administration from using the phrases “climate change” and “global warming” in official correspondence, has declared a state of emergency.

“Families should take the opportunity TODAY to make sure they have three days of food and water, as well as all needed medications,” tweeted Scott, who’s now locked in a tight campaign for U.S. Senate against Democratic incumbent Bill Nelson.  “EVERY FAMILY must be prepared. We can rebuild your home, but we cannot rebuild your life.”