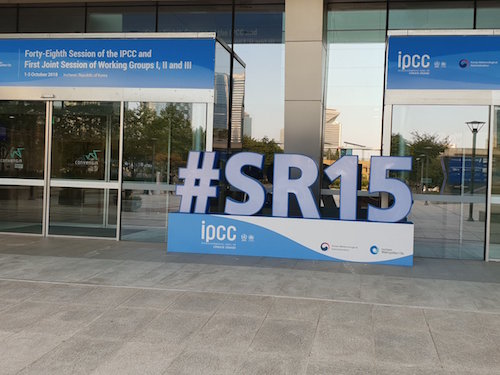 The UN published a summary on the science of 1.5°C global warming on Monday. It’s a big deal.

This is the first time the Intergovernmental Panel on Climate Change (IPCC) has gathered evidence on the tougher target demanded by countries on the front line of climate impacts.

It validates their concerns, showing that the difference between 1.5°C and 2.0°C—the upper limit governments committed to in the Paris Agreement—is critical to millions of people’s homes, jobs, and lives.

As to whether it is feasible to halt the temperature rise at 1.5°C above pre-industrial levels, the report has no easy answers. What it does is elucidate the options.

It was a mammoth undertaking, with 91 authors from 40 countries compiling evidence from more than 6,000 papers and addressing 42,001 comments from experts and governments.

In a tense meeting in South Korea last week, government representatives haggled with scientists for six days to produce a 33-page summary of four in-depth chapters.

The result of writing by committee is a somewhat dense and technical document. Here is Climate Home News’ breakdown of the key messages and omissions, and their political significance.

Climate Home followed the structure of the IPCC report, in four sections.

Say It with Confidence