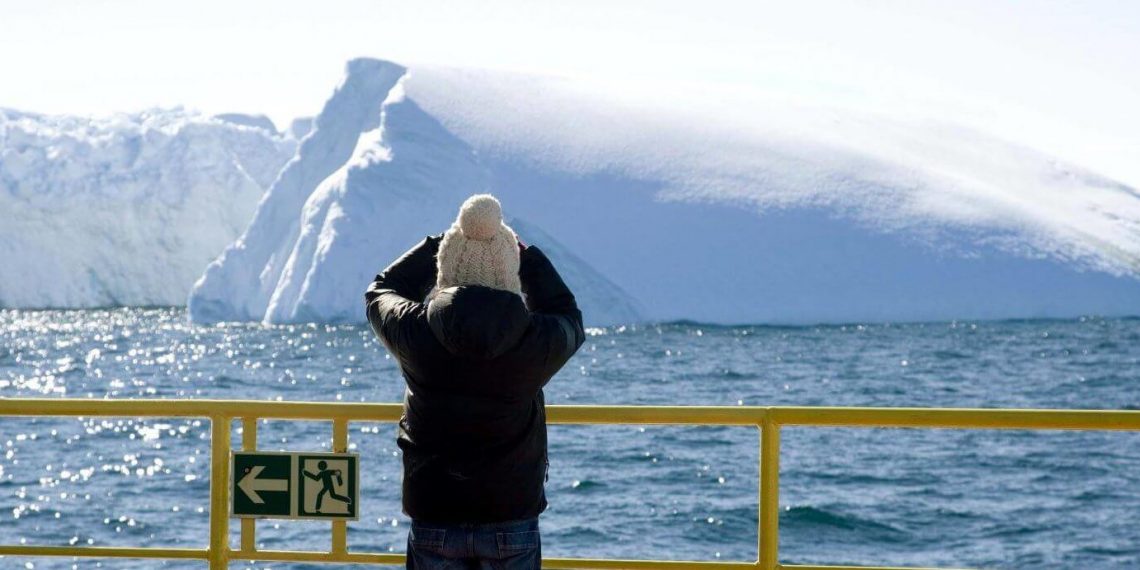 Once trapped in a Russian ice cap north of Siberia, the frozen Arctic is moving fast, racing in decades from metres to kilometres a year.

LONDON, 5 October, 2018 – Satellite images have revealed a dramatic change in Russia’s frozen Arctic. An ice cap that once crept almost imperceptibly across the barren rocks of October Revolution island, in the Kara Sea, is on the move.

And between 2015 and 2016 the leading edge had started racing into the Kara Sea at 5,000 metres a year. It is also thinning at the rate of a third of a metre a day, according to a new study in the journal Earth and Planetary Science Letters.

The high Arctic is the fastest-warming place on Earth, and researchers have for more than 30 years been measuring changes in the rate at which sea ice shrinks and Greenland glaciers flow.

“In a warming climate, glacier acceleration is becoming more and more common, but the rate of ice loss at Vavilov is extreme and unexpected,” said Michael Willis, a geologist at the University of California Boulder, who led the study by scientists from the US, UK and Russia.

Glaciers and icecaps such as Vavilov cover about 450,000 square kilometres of the planet’s surface and hold enough frozen water to raise global sea levels by 30 cms. They form on land in polar “deserts” in which the temperatures are below freezing and snow falls at no more than 25 cms a year.

In the Arctic summer the snow cover melts, and water trickles down through the ice; over the years, snowfall patterns shift and the ice cap shifts under gravitational tug. All glaciers flow, but so slowly that their pace has been incorporated into metaphor.

For the study authors, who used decades of satellite studies of the high Arctic to measure the change, the puzzle is one of geophysics: how could a fast-frozen mass of ice get to the stage where it can slide, as if lubricated, across a rocky surface above sea level?

“Glacier acceleration is becoming more and more common, but the rate of ice loss at Vavilov is extreme and unexpected”

“We’ve never seen anything like this before, this study has raised as many questions as it has answered,” said Dr Willis. “And we’re now working on modelling the whole situation to get a better handle on the physics involved.”

But for climate scientists concerned with the bigger picture, the study is another instance of potentially catastrophic climate change in the making. Once an ice cap starts to flow, the process is unlikely to stop.

And a second study in the same week from the other end of the globe shows that it doesn’t take much to start the ice flowing into the sea. It has confirmed that average global warming of no more than 2°C above historic levels, given long enough,  could melt much of the world’s largest ice sheet.

Planetary average temperatures have already risen by 1°C since the first industrial exploitation of coal, gas and oil only 200 years ago, and right now, although 195 nations vowed in Paris in 2015 to keep the rise to “well below” 2°C by 2100, the world seems headed for at least a 3°C rise later this century.

British, Australian, New Zealand, Spanish and Japanese scientists report in Nature that they reconstructed the impact of change on the East Antarctic ice sheet during interglacials, those warm pauses during the last Ice Age.

“What we have learned is that even modest warming of just two degrees, if sustained for a couple of thousand years, is enough to cause the East Antarctic ice sheet to retreat in some of its low-lying areas,” said David Wilson, of the UK’s Imperial College, who led the research.