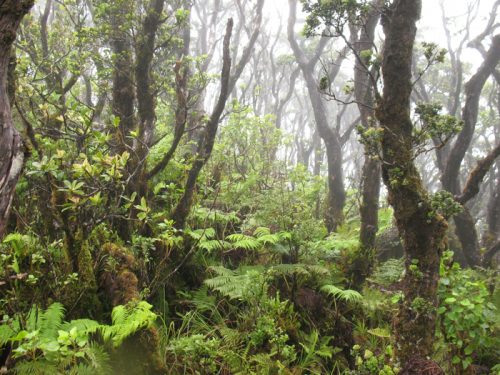 Species diversity is one of the key factors that determine a forest’s resilience against drought, according to new research on 40 temperate and boreal forests published last month in the journal Nature.

The study’s accent on “hydraulically diverse” forests “could help inform strategies for restoring forests after they’ve been degraded by wildfires or logging,” Mongabay News reports.

“Hydraulic traits are essentially the mechanisms by which a tree moves water through itself, which in turn help determine the degree of drought stress a tree can withstand before its water transport system starts to shut down,” Mongabay states. Those characteristics “were found to be ‘the predominant significant predictors’ of drought response” in the study led by University of Utah biologist William Anderegg.

The team examined the impact of droughts by measuring the flows of carbon, water, and energy in and out of the forests, then combined the data with information on the species and hydraulic traits at each site. “Our results demonstrate that diversity in the hydraulic traits of trees mediates ecosystem resilience to drought and is likely to have an important role in future ecosystem-atmosphere feedback effects in a changing climate,” the paper stated. “By contrast, standard leaf and wood traits, such as specific leaf area and wood density, had little explanatory power.”

The team didn’t necessarily anticipate this particular research result. “We expected that hydraulic traits should matter, but we were surprised that other traits that a lot of the scientific community have focused on weren’t very explanatory or predictive at all,” Anderegg said. He added that a diverse forest “will have many different types of trees—conifer and angiosperm, drought tolerant and intolerant wood, and maybe different rooting depths. It’s going to involve some diversity in water source.”

While the research will continue, the immediate implications for forest managers are clear. “After we log a forest or a fire comes through, we sometimes think about planting a single species,” he said. Instead, “we should be thinking about the best mixes of multiple species for resilience.”

The shift in practice is particularly important at a time when “anthropogenic climate change is expected to intensify the hydrological cycle globally, leading to more frequent and more severe droughts in many regions,” the research team stated. “Understanding the drivers of land-atmosphere feedback effects during drought and simulating them in Earth system models is critical for robust future projections and assessment of climate change impacts.”