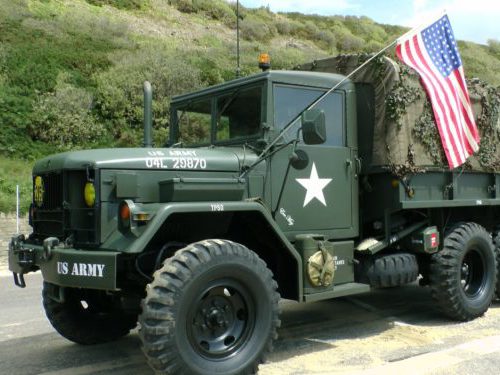 Vox climate specialist David Roberts is out with a new column on a previously unquantified subsidy that United States taxpayers bestow on the fossil industry: the minimum US$81 billion the country spends on military operations to protect its oil supplies.

The calculation, produced by Securing America’s Future Energy (SAFE), “attempts to put a number on one of the great, neglected implicit subsidies for oil: the costs to the US military of defending oil supplies, everything from guarding shipping lanes to maintaining troop commitments in key oil-producing nations,” Roberts writes.

Most military procurements and deployments serve multiple purposes, he notes. So SAFE developed its subsidy figure by erring on the side of caution. “Its research surveyed the literature on the costs of defending oil supplies, eliminated some of the extreme estimates on the high and low ends, settled on six core studies, and then updated the numbers in those studies based on current DOD [Department of Defense] costs.”

The study concluded that, “spread out over the 19.8 million barrels of oil consumed daily in the U.S. in 2017, the implicit subsidy for all petroleum consumers is approximately $11.25 per barrel of crude oil, or $0.28 per gallon of transportation fuel.”

“One conservative move in the analysis was to exclude DOD’s Overseas Contingency Operations (OCO) budget, which basically covers the incremental costs, over and above the base DOD budget, of the Afghanistan and Iraq Wars. By excluding OCO, SAFE does not count those wars among the costs of defending oil.” But not all U.S. military leaders agree with that assumption.

“I would make the case that the OCO spending is related to oil protection,” said former Navy Secretary John Lehman. “More than half the Defense budget is for the security of Persian Gulf oil.” Including even a portion of OCO costs would boost this one U.S. fossil subsidy to more than $13.00 per barrel, or $0.31 per gallon.

“And that’s still only direct military costs, which are just one piece of the puzzle,” Roberts writes. “Economists Linda Bilmes and Joseph Stiglitz have done extraordinary work attempting to tally up the full costs of the wars, including higher oil prices, debt service, obligations to returning veterans, lost wages, lost lives, and much else. They estimated the total at somewhere between $4 and $6 trillion.”

The midpoint of that calculation, $5 trillion, translates into a subsidy of more than $30 per barrel, or $0.70 per gallon, over a 20-year period. Add that to the separate set of costs totaled up in the SAFE study, “and it’s close to a $1 subsidy for a gallon of gas,” Roberts concludes. “That roughly translates to a subsidy of $100 per ton of carbon dioxide emissions. That’s a lot to pay to destroy the atmosphere!”

Another take on the topic comes from Joseph Kopser, a veteran of the U.S. war in Iraq who came home and connected the dots between the 2.9 billion gallons of fuel that American drivers idle away in congestion each year and the U.S. service members who “were paying for that oil with their blood and lives”. U.S. troops “were escorting fuel conveys through some of the most hostile territory in the country, in what came to be known as one of the most dangerous assignments of the war, full of roadside IEDs,” he wrote in 2014. “Back in the States, I saw millions of dollars’ worth of fuel being wasted by inefficient generators and vehicles—the very fuel we were there to protect.”

That experience took Kopser in three new directions—starting a ridesharing app, taking an interest in highway funding models that discourage consumption and congestion, and running for U.S. Congress in the Texas district previously held by Lamar Smith, the climate-denying chair of the House Science Committee.