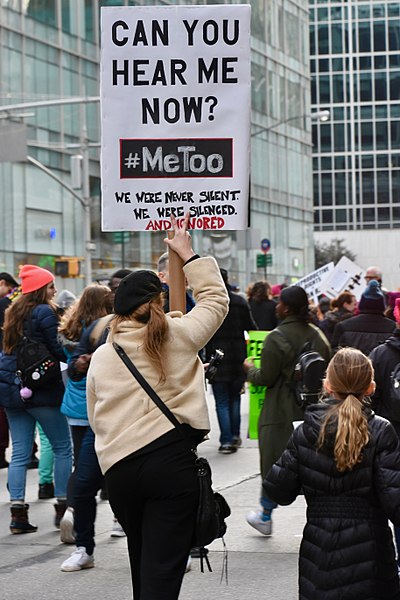 The rapid spread of public campaigns, most notably the #MeToo movement, creates hope that the climate crisis will produce a sudden shift in public attitudes and behaviour, UK climate campaigner Andrew Simms writes this week in The Guardian.

The latest science shows that “nothing short of rapid, transformative change in our infrastructure and behaviour can prevent the loss of the climate we depend on,” and the world’s “political and economic gatekeepers” have been slow to take action on that reality, notes Simms, who is planning to launch a new Rapid Transition Alliance later this year.

“But are we better at society-wide changes in attitude and behaviour than we give ourselves credit for?” he asks. “And do recent cultural shifts relating to everything from diet to plastics, sexism and attitudes to gender and identity suggest that we might be entering a phase in which more rapid behavioural changes are possible?”

Simms cites the change in smoking habits since the 1970s as “a huge success against the odds concerning a highly addictive product, promoted by a powerful industry that knew about, but publicly denied, knowledge of the harm it caused.” In that case, “Change was achieved with a comprehensive approach of awareness raising, tough regulation, pricing, and support.”

The decline in impaired driving rates since the 1950s was another change process that involved “challenging people’s perceptions of risk about their own behaviour, raising awareness of the resulting harm to self and others, persuading people to leave their cars at home and take different forms of transport if they planned to drink, and changes to vehicles themselves and the physical driving environment.”

While these and other examples provide grounds for hope, “there are signs that something else is happening that might bring even faster shifts in attitude and behaviour closer to what is needed to meet vital climate targets,” Simms writes. “A mixture of new social movements and social media now seems capable of transforming gradual background shifts into defining moments of change.”

In a distinction that is crucial for campaigners, he notes that while change can often take decades, “these days new social norms can become established almost overnight. From the shift around single-use plastics, to the #MeToo movement and the rise of the vegan diet, things are moving fast. The male-only charity fundraiser went out of business following a single investigative report,” and “the tide turned rapidly against male-only conference panels once they began to be named and shamed online.”

After a summer of lethal, extreme weather, Simms suggests conditions are right—or soon will be—for the same pace and depth of change on climate solutions. “Rapid shifts in how we live, work, and run the economy have to be made,” he writes. Yet “we should be optimistic that changing our behaviour—to the extent required—is possible.”