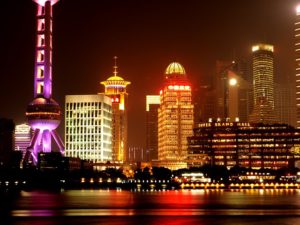 A new renewable portfolio standard (RPS) under development by China’s National Development and Reform Commission calls for the country to produce at least 35% of its electricity from renewable sources by 2030, a big jump from its previous 20% target for “non-fossil fuels”, according to draft documents viewed by Bloomberg News.

“The standard—which sets minimum consumption levels of electricity produced from renewable sources—is among efforts to ease the world’s most populous nation’s reliance on coal and combat pollution,” Bloomberg reports. “While helping to boost consumption of renewable energy, the policy also seeks to alleviate the government’s subsidy burden by raising revenue through penalties for non-compliance.”

The latest draft “called for non-compliant firms to pay compensation fees to grid companies, which will be used to cover government subsidies for renewable projects.”

The plan boosts 2018 and 2020 targets for non-hydro renewables for the regions of Inner Mongolia, Yunnan, and Xinjiang, with Inner Mongolia’s goal for this year increasing from 13 to 18%.

“In recent years, China has pumped more money into renewable energy than any other country, leaving the government with a hefty subsidy bill,” Bloomberg notes. Now, the focus on non-compliant firms “leaves us optimistic that the NEA may be mulling other ways to address the subsidy deficit issue,” BOCI Research Ltd. analysts wrote in a note to investors last week. “We see the new RPS consultation paper having more implementation details and is more favourable to operators.”

The news of the draft RPS comes hot on the heels of last week’s report from the non-profit Coalswarm research network, pointing to a wave of new coal plant construction in China. “This new evidence that China’s central government hasn’t been able to stop the runaway coal-fired power plant building is alarming,” Executive Director Ted Nace said at the time. “The planet can’t tolerate another U.S.-sized block of plants to be built.”

China announced in January 2017 that it was cancelling 104 coal plants, with combined capacity of 120 gigawatts. But in July, Greenpeace reported that the country was “wasting” ¥1 trillion on 295 new coal plants it didn’t need, in light of a 200-GW surplus of coal-fired capacity. “Moves to cut central government red tape last year gave local authorities the power to build new plants without having to seek approval from Beijing, leading to a construction surge,” Reuters reported at the time.