With Countries ‘Nowhere Near on Track’ to 1.5°C, IPCC Author Urges Massive Transformation 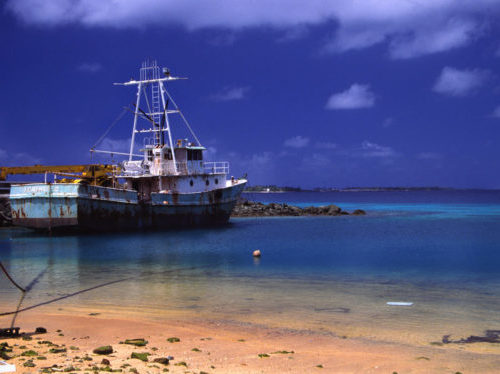 A massive transformation in the world’s energy production, transportation patterns, and food systems will be needed to limit average global warming to 1.5°C—and right now, countries are “nowhere near on track” to achieve that goal, according to an author of the forthcoming report on 1.5° scenarios produced by the Intergovernmental Panel on Climate Change.

“It’s extraordinarily challenging to get to the 1.5°C target and we are nowhere near on track to doing that,” said Duke University climate scientist Drew Shindell, in an exclusive interview with The Guardian. “While it’s technically possible, it’s extremely improbable, absent a real sea change in the way we evaluate risk. We are nowhere near that.”

The full IPCC report and its accompanying—and suddenly controversial—summary for policy-makers will be released at a meeting in South Korea in early October.

“Shindell would not share exact details of the IPCC report, but he said the more ambitious 1.5°C goal would require a precipitous drop in greenhouse emissions triggered by a rapid phaseout of fossil fuels, particularly coal, mass deployment of solar and wind energy, and the eradication of emissions from cars, trucks, and airplanes,” The Guardian states. “Even then, emerging technology will be required on a global scale to capture emissions at the source and bury them in the ground or remove carbon directly from the air.”

The risks are particularly dire for small island states like the Marshall Islands that are likely to be inundated beyond the 1.5°C threshold. The Marshallese announced plans this week to reach net zero carbon emissions by 2050.

“Every country must increase the ambition of their existing targets,” said President Hilda Heine. “If we can do it, so can everyone else.”

Norwegian Environment Minister Ola Elvestuen said global solutions are more elusive without the United States at the table, but the rest of the world’s governments must still find them.

“We are moving way too slowly,” Elvestuen said. “We have to do more of everything, faster. We need to deliver on policies at every level. Governments normally move slowly but we don’t have the time.”

“The 1.5°C target is difficult, but it’s possible,” he added. “The next four to 12 years are crucial ones, where we will set the path to how the world will develop in the decades ahead. The responsibility in doing this is impossible to overestimate. To reach the goals of the Paris Agreement we need large structural changes.”

“Even 1.5°C is no picnic, really,” noted Climate Analytics’ head of adaptation and vulnerability, Dr. Tabea Lissner. “Lissner said a world beyond 1.5°C warming meant the Arctic would be ice-free in summer, around half of land-based creatures would be severely affected, and deadly heat waves would become far more common,” The Guardian notes.

The seeds of Shindell’s transformation might be found in a report published earlier in the month, during the Global Climate Action Summit in San Francisco. Former UN climate secretary Christiana Figueres and global sustainability researcher Johan Rockström released an “exponential climate  action roadmap” for cutting greenhouse gas emissions in half by 2030.

“People underestimate the power of exponential growth,” said report co-author Owen Gaffney of the Stockholm Resilience Centre. “In Norway, electric cars went from 6% of new sales to 47% in five years. If renewables keep doubling every five or six years, as they have for a decade or more, they will push out fossil fuels much faster than most forecasts. But not without stronger policies.”

Gaffney added that “right now, it is easier to imagine a global climate catastrophe than a rapid economic transformation, yet the next decade could see the fastest energy transition in history.”

The release points to the digital revolution as the “wild card” that could “drive economic transformation away from fossil fuels, but not without the right policy mix and bold climate leadership.”

But author and activist George Monbiot points to economic growth as the factor that is still driving oil demand above 100 million barrels per day, leading to epic protests and police violence in the fight to protect Germany’s 12,000-year-old Hambacher forest from opencast coal mining, and doubling Canadian investment in the tar sands/oil sands over the last year.

“There may be more electric vehicles on the world’s roads, but there are also more internal combustion engines,” he writes. “There may be more bicycles, but there are also more planes. It doesn’t matter how many good things we do: preventing climate breakdown means ceasing to do bad things. Given that economic growth, in nations that are already rich enough to meet the needs of all, requires an increase in pointless consumption, it is hard to see how it can ever be decoupled from the assault on the living planet.”