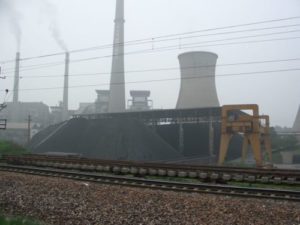 A recent batch of satellite imagery shows China continuing construction on coal-fired power plants that it said it had cancelled last year, according to analysis released this week by the non-profit CoalSwarm research network.

China announced it was cancelling 104 coal plants, with combined capacity of 120 gigawatts, in January 2017. But Grist says one researcher warned at the time that the national government might have trouble enforcing the order with local authorities.

“Some projects might have been ongoing for 10 years, and now there’s an order to stop them,” said Xiamen University energy policy researcher Lin Boqiang. “It’s difficult to persuade the local governments to give up on them.”

Greenpeace stated in July that China was “wasting” ¥1 trillion on 295 new coal plants it didn’t need, in light of a 200-GW surplus of coal-fired capacity. “Moves to cut central government red tape last year gave local authorities the power to build new plants without having to seek approval from Beijing, leading to a construction surge,” Reuters reported at the time.

Now, Grist says the new, relatively clean plants under construction are replacing older, dirtier units that have been retired. “Most of the pictures CoalSwarm released show plants that are much more efficient than the Chinese average,” writes correspondent Nathanael Johnson, citing University of California, San Diego international relations professor David Victor. “Of course, it would be better news for the climate if they were replacing those old coal plants with zero-carbon power.”