IPCC ‘Pulls Its Punches’ in Crucial Report on 1.5°C Warming 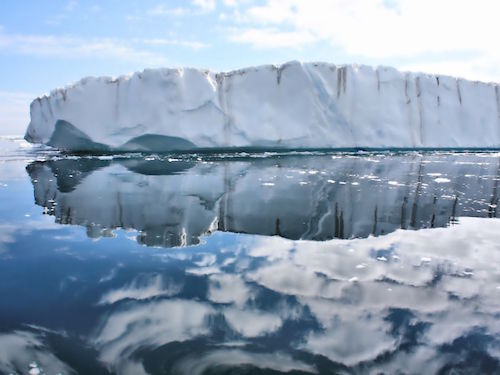 Reviewers watching over the production of a crucial special report of the Intergovernmental Panel on Climate Change (IPCC) are warning that its statements about the dangers of climate change are being watered down to accommodate some of the world’s heaviest carbon polluters.

The reviewers, who had access to earlier versions of the IPCC’s report and summary on scenarios for 1.5°C average global warming, “say scientists working on the final draft of the summary are censoring their own warnings and ‘pulling their punches’ to make policy recommendations seem more palatable to countries—such as the U.S., Saudi Arabia, and Australia—that are reluctant to cut fossil fuel emissions,” The Guardian reports.

“Downplaying the worst impacts of climate change has led the scientific authors to omit crucial information from the summary for policy-makers,” said reviewer Bob Ward, policy director at the Grantham Research Institute on Climate Change and the Environment.

Which is a fundamental problem, because “if governments do not recognize the full scale and urgency of the risks, they may underestimate how critical it is to meet the goal of the Paris Agreement on climate change. And that could have very serious knock-on effects in the battle to limit the impact of global warming.”

Ward added that “the scientists who produce reports like these try to summarize the latest knowledge, but they have a reputation for being conservative about the worst risks of climate change.” This time, “they have outdone themselves in pulling their punches.”

When it is tabled at a meeting in South Korea early next month, the IPCC’s full Special Report on Global warming of 1.5°C “will make clear that allowing temperatures to rise by 2.0°C will have devastating consequences, including rising sea levels, spreading deserts, loss of natural habitats and species, dwindling ice caps, and increases in the number of devastating storms,” The Guardian notes.

“However, it is the report’s summary for policy-makers (SPM) that is causing concern. This is the document politicians will use as a key climate guide when making changes to legislation. Reviewers of earlier drafts say it is being altered to make the dangers of climate change seem less alarming,” with key omissions including:

Other IPCC authors responded to the critique on Twitter. “Reviewer of IPCC report breaks confidentiality agreement by discussing drafts with the media before report is finalized,” said Prof. Richard Betts of the University of Exeter and Met Office Hadley Centre. “Drafts & comments will be publicly available so these claims will be testable. I doubt there’s downplaying due to political pressure.”

“A lot of potential impacts maybe real but have limited evidence behind them,” tweeted climate physicist and Priestley Centre Director Piers Forster. “Need to evaluate them for full picture of risk but should be clear where impacts are more robust and known.”

“While minor in one way, rewordings for ‘clarity’ have downplayed inconvenient messages while remaining scientifically correct,” replied resilience specialist Owen Gaffney. “But worse, IPCC relies on the media to interpret its findings because it is unable to communicate effectively. If it is not in the SPM its impact ≃0.”