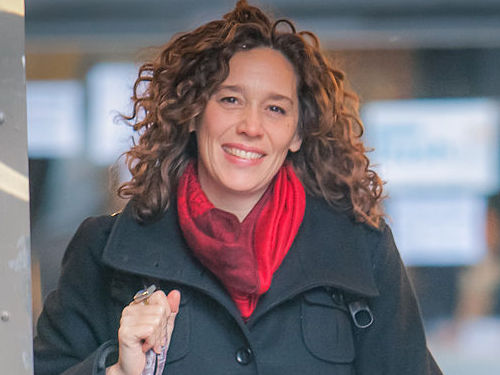 Veteran climate and energy transition advocate Tzeporah Berman is calling out the “vicious calls” and death threats she’s received since accepting a speaking engagement at an Alberta Teachers’ Association (ATA) conference next month, and is asking that security meet her at the airport when she arrives.

“This push to really quell any dissent and the hostilities…I think it doesn’t serve us well,” Berman said. “The personal nature of the attacks and the push to ensure that I don’t speak in the province, I think, is disheartening.”

With Canada promising to reduce its fossil emissions by up to 80% from 2005 levels by 2050, she told the Star Edmonton she’s against new fossil fuel development but very much in favour of dialogue. “Just attacking people who are trying to have the conversation isn’t going to help us.”

“We need to be having a real debate and a dialogue about how to move forward to ensure a strong economy, to address climate change, to address many of the environmental and economic issues facing Alberta and Canada,” she added on CBC.

Berman, who co-chaired the province’s Oil Sands Advisory Group in 2016, said she’s used to hostility from the oilpatch. But the death threats add a whole new dimension to the invitation. ““Over the past week, I’ve received a lot of vicious calls and emails and some death threats,” she said. “So it’s easier as a woman if I don’t travel alone.”

ATA Associate Communications Coordinator Jonathan Teghtmeyer said the association would be open to providing security, adding that the conference will feature a “high-profile” keynote speaker from the fossil industry alongside Berman. The event was organized by three specialty councils of the ATA that began work on the program about a year ago.

“I don’t think they appreciated how much of a lightning rod this particular speaker was going to be,” he said. “They were looking for a topic that would be worthy of debate and discussion, and maybe controversial, but they didn’t necessarily expect this significant a reaction.”

Teghtmeyer stressed that “teachers, the audience for this conference, are smart and thoughtful professionals. They’re capable of examining multiple viewpoints and considering different perspectives on important and current issues in society.”

Leduc, Alberta junior high school teacher Kristen Frost said she was “a little shocked” at the reaction to Berman’s invitation—and at politicians’ apparent inclination to limit who speaks to teachers.

“As educators, we need to play devil’s advocate,” she said. “We need to understand both sides of the story so that we can help our students make educated decisions with these problems in the future.”

But both the Notley government and the provincial opposition had different ideas. “When it comes to Alberta’s oilsands, Berman is dead wrong,” wrote Education Minister David Eggen, in an email to StarMetro. “Her upcoming speech to the ATA has no bearing on the curriculum work being overseen by myself.”

“When I first heard that the teachers’ union bosses were honouring Tzeporah Berman, I honestly thought it was a joke,” tweeted opposition leader Jason Kenney. “I guess in a way it is a joke—but the joke is on everyday Albertans.”

Frost responded that “if we only talk about what the government is trying to pursue at any given time, then we’re teaching them to be very partisan—and education is about them creating their own opinions.”

As of September 19, the pro-tar sands/oil sands Canada Action had gathered 4,600 signatures on a petition calling on the ATA to revoke Berman’s invitation, CBC reports. “The ATA’s 43,000-plus members rely on precious public resources as they act as stewards to our children. So the decision that the ATA has chosen anti-oil activist and pipeline opponent Berman as its keynoter is preposterous,” the group wrote. “The ATA’s selection of Berman is a slap in the face to Alberta’s most important industrial sector, to the thousands of beleaguered people it employs, and to the province as a whole.”

But not all Albertans agreed.

“You’d think many of Alberta’s opinion leaders were from North Korea the way they’ve been carrying on. Although, in fairness, North Korea’s media have been setting a rather more balanced tone lately, what with peace feelers going back and forth between Seoul and Pyongyang,” writes activist, blogger, and teacher David Climenhaga on his AlbertaPolitics blog.

“For her part, Ms. Berman’s position has been consistent and logically argued, even if you happen to think, as most Albertans do, that she is wrong. Her willingness to come here to express her views shows real courage. She’s already been spat at and physically threatened at Edmonton Airport. I doubt most of us would be as brave in her shoes.”

Falling Renewables, Storage Costs Poised to Take the Bite Out of the Natural Gas Boom