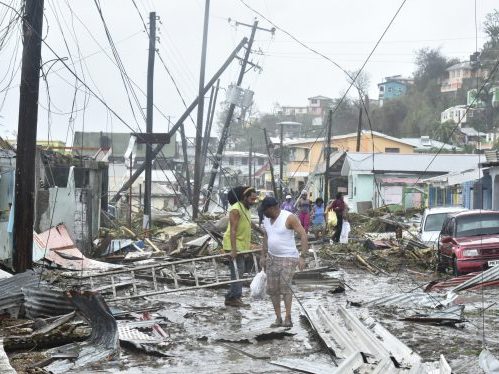 A year after Hurricane Maria tore through their island home, the more than 135,000 Puerto Ricans now living in the mainland United States are being urged to wield their influence at the ballot box in mid-term elections coming up in early November.

The storm killed nearly 3,000 people, according to official reports that Donald Trump went out of his way to deny earlier this month. One study estimated the death toll at 4,645.

“From the day Hurricane Maria struck Puerto Rico, President Trump has shown a level of indifference and callousness toward the people of Puerto Rico that is nothing short of reprehensible,” said Hispanic Federation President José Calderón. “It is time for our elected officials to feel the brunt of our outrage and let it be known that we will remember in November whether they stood with us or not.”

Calderón’s statement last week prefaced a series of marches on the White House, Trump Tower, and Trump’s Mar-a-Lago retreat, “to honour those lives and demand accountability for failures in the federal response to the storm,” Grist reports. But organizers aren’t stopping there. The hurricane refugees now living on the mainland “could make a major impact now that they’re eligible to vote in congressional and presidential elections.”

In Central Florida, the Respeta Mi Gente (Respect My People) coalition has been working since late August to “activate Puerto Rican voters and centre their priorities” in a key mid-term swing state. “No. 1 is, how can we use the power of the million Puerto Ricans in Florida to affect congressional legislation so that we can get a good recovery and rebuild in Puerto Rico?”—both to repair the island’s infrastructure and make sure it’s prepared for the next disaster— said campaign director Frederick Velez.

“If we are decisive in these elections,” added Melissa Mark-Viverito, Power 4 Puerto Rico campaign director and former New York City council speaker, “what comes with political muscle is political leverage.”