OPEC Expects Oil to Draw $11 Trillion in Investment Through 2040 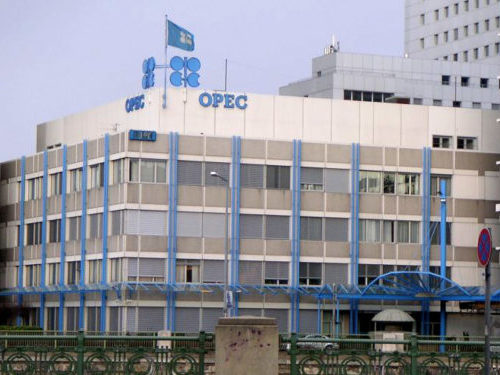 The fossil industry will need US$11 trillion in investment over the next 22 years to meet oil demand projected to grow by 7.3 million barrels per day in 2023 and 14.5 million barrels by 2040, according to an annual outlook from the Organization of Petroleum Exporting Countries (OPEC) that appears to have missed the memo about surging renewable energy, mounting impacts of climate change, and steadily rising carbon prices intended as a brake on greenhouse gas emissions.

“The cost of keeping the globe fueled up assumes that OPEC’s vision for the future comes to pass,” CNBC reports. “In that vision, oil demand continues to grow and crude still makes up the lion’s share of the energy mix, even as more electric vehicles hit the road.”

OPEC expects the world automotive fleet to more than double by 2040, to 2.4 billion vehicles, including 320 million electric cars.

“While investments picked up slightly in 2017 compared to the previous two years, and the expectations are for higher levels again in 2018, it is vital that as an industry we ensure there is timely and adequate investment so as not to lead to a supply shortage in the future,” wrote OPEC Secretary General Mohammad Barkindo.

OPEC sees United States shale fields delivering most of the world’s new oil supply over the next decade, with the cartel itself returning to growth around 2025, CNBC states.

Although others within the global fossil industry are already shifting their focus to petrochemical production as a “backstop” against uncertain demand for their raw product, OPEC foresees oil shortages unless investment picks up.