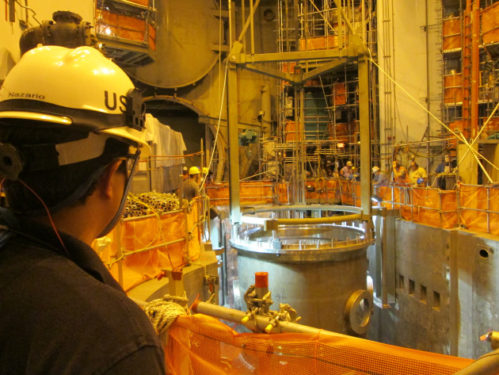 A U.S. appeals court decision on an Illinois subsidy for nuclear power plants is the latest of several that could help state governments support renewable energy development.

“The ability of states to regulate electricity prices is at the heart of several state renewable energy programs that are considered critical to the nation’s ability to cut greenhouse gas emissions to address climate change,” InsideClimate News reports. “A defeat in the Illinois case likely would have been used to challenge those renewable energy policies.”

“The decision is a big win for states’ authority over energy policy,” said Miles Farmer, staff attorney for the Natural Resources Defense Council’s climate and clean energy program “That’s important, because states have been the big driver for clean energy in the U.S.”

“The legal challenge really had the potential to undermine a lot of state clean energy programs,” Ari Peskoe, director of the Electricity Law Initiative at the Harvard Law School Environmental and Energy Law Program, told InsideClimate.

The Electric Power Supply Association had argued the subsidy illegally infringed federal government authority over wholesale electricity pricing. That argument was rejected by a three-judge panel, in a decision written by Ronald Reagan appointee Frank Easterbrook. Now, ICN says the association “is now looking for relief from a proposal before the Federal Energy Regulatory Commission that would change how the nation’s largest power grid operator weighs state subsidies in deciding which power plants are offering power at the lowest cost.”

The upshot, Peskoe added, is that “we’ve now had a few cases endorsing broad state authority to choose their sources of electric generation.” That could be a double-edged sword, ICN notes, “because it also implies that states have the power to subsidize dirty energy, although no state has a fossil fuel subsidy that uses a payment mechanism like the one at issue in this case.”