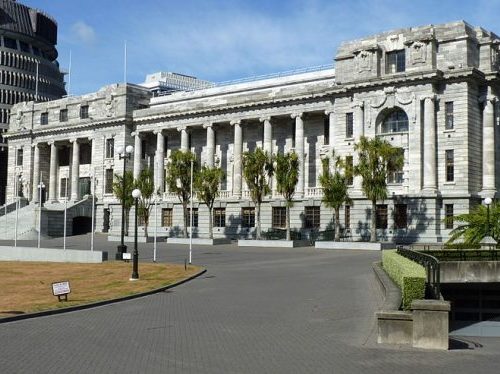 Two years of consensus building through “clear-eyed analysis and good faith engagement” between policy-makers, industry, and civil society has left New Zealand with a credible climate policy, a process that drought-stricken Australia would do well to emulate, according to a recent op-ed for the Australian Broadcasting corporation.

“Like Australia, New Zealand is one of the world’s largest per capita emitters, and for many years both countries developed their climate policy in tandem,” writes Vivid Economics senior economist Stuart Evans, with New Zealand once as captive to its exceedingly powerful and vocal dairy industry as Australia remains to coal.

But times have changed, notes Evans, whose firm produced a feasibility report that was critical to marshalling backbench support for New Zealand’s newly-minted climate policy. “Whereas Australia has failed to recruit its large emitters in support of climate policy, New Zealand has aligned its industry behind a rare consensus.”

What makes that consensus all the more extraordinary, writes Evans, is that while “political momentum is usually driven by ministers,” the push to generate a meaningful emissions strategy for New Zealand came from a group of 35 backbenchers who in 2016 overcame their ideological differences (the group includes elected members from the populist New Zealand First) to work together.

Calling themselves Globe-NZ, the parliamentarians hired Vivid to evaluate just how feasible it would be for the country to shift to a low-emissions economy.

“This research was buttressed by a country-wide series of workshops, presentations, and meetings to collect evidence, test assumptions, and socialize findings amongst a growing network of supporters,” Evans recalls.

The end result, he writes, was the New Zealand Productivity Commission’s Low Emissions Economy report, which “makes a clear case that it is possible to reduce emissions and remain competitive, even in an uncertain and rapidly changing international environment.”

Also made clear in the report, says Evans, is the urgent need “for a political commitment to stable and credible policies that enable households and businesses to make decisions with confidence.” Stability and credibility being precisely what the conflict-ridden Australian parliament currently lacks, he adds, pointing to the late August collapse of Malcolm Turnbull’s Coalition government over a proposed emissions reductions bill.

“As New Zealand prepares to legislate its clean growth strategy through a Zero Carbon Bill,” Evans states, Australia’s politicians should look to their small southern neighbour “to move beyond our current policy paralysis.” Following New Zealand’s lead, he adds, Australia would agree on “where we are going before discussing how best to get there,” recognizing that a shared vision will conjure “opportunities in new and established industries and markets” while exposing “the absurdity of claims that the slightest action is akin to an economic wrecking ball.”

The process would also underscore the costs of delaying action on climate change. The “resounding finding of the Productivity Commission’s modelling is that early action is almost always a winning economic strategy, even if other nations are slow to act,” Evans writes. “This is a warning for Australia, where policy uncertainty is acting as a dead weight on investment, and our reliance on outdated technologies is stretching the energy system beyond its capacities.”

The New Zealand experience shows that, “with clear-eyed analysis and good faith engagement, we can harness the ideas of businesses, farmers, academics, and environmentalists to find solutions to complex problems like climate change,” he concludes. And if elected politicians continue to prefer divisive partisanship, “our civil society groups can take the lead to shape a consensus vision for a low-emissions Australia.”