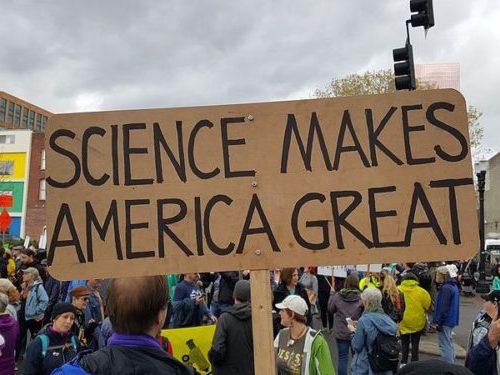 Responding to escalating pressures on American public school teachers to de-emphasize, and even eliminate, climate change education from their classrooms, the National Science Teachers Association (NSTA) has issued a formal position statement that stresses the validity of climate science and urges teachers and administrators to refuse to be intimidated.

“Now, more than ever, we really feel that educators need the support of a national organization, of their educational colleagues and their scientist colleagues, because they have encountered a lot of resistance,” said NSTA Executive Director David Evans.

Urging science teachers from K to 12 to make it crystal clear that “no scientific controversy exists regarding the basic facts of climate change,” the statement calls on school administrators to help educators keep up with a complex subject—especially in the face of the misinformation swirling around outside the classroom.

Noting that climate science now outstrips evolution in its capacity to generate controversy where there should be none, Judy Braus, executive director of the North American Association for Environmental Education, lent her organization’s support to the NSTA position.

That the NSTA felt it necessary to speak up for climate science owes escalating stealth attacks on teachers and school boards which “have been building since the National Research Council recommended climate science be included in K-12 science education in 2012,” InsideClimate News reports.

One particularly egregious example occurred when the fossil-backed Heartland Institute “mailed approximately 300,000 copies of its publication, ‘Why Scientists Disagree About Global Warming,’ to middle, high school, and college science teachers around the country,” ICN notes.