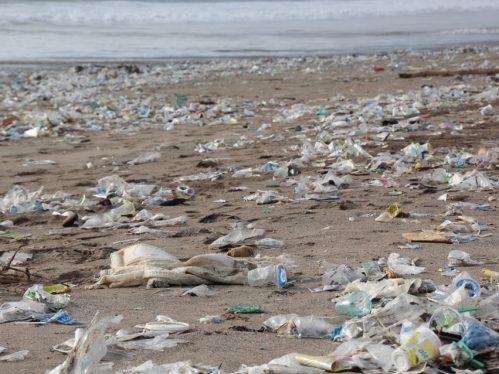 G7 countries’ initiative to attack plastic pollution during this week’s environment and energy ministers’ meeting in Halifax is no substitute for faster action to protect coastal communities from climate change, CARE Canada states in a new report.

“We applaud the efforts of environmentalists who are making a real difference to push for action to protect marine life and livelihoods,” CEO Gillian Barth said in a release. But “while this cleanup is welcome, we can’t ignore the devastating impact climate change is having on coastal communities right now.”

While the CARE report cites Canada as a leader (in relative terms) in international climate finance, the release sets a wider context.

The G7 meetings “follow the aftermath of destruction that hurricanes and typhoons have left in the past week,” it notes. “The severity of Florence in the United States and Mangkhut on the Philippines are a reminder to coastal nations of the increased risk they face from extreme weather. At the same time, island states that contribute few carbon emissions are under growing strain from sea levels rising, which destroys productive land with saltwater and harms future potential.”

“Since at least 2014, Canada has punched above its weight in terms of the proportion of its support to help people that must adapt to climate change,” Barth said. “These G7 discussions offer Canada a critical opportunity to encourage partners to focus climate finance into the hands of the poorest women dealing with the impacts of climate change today.”

The CARE release supports other civil society groups’ call for Canada to fund a C$300-million Women’s Fund for Climate Adaptation over five years, but warns that the country’s overall contribution to climate adaptation programs may be about to decline.

“Now is the time for Canada and G7 states to build on progress made as we lead up to meeting our shared 2020 climate promises,” Barth stated. “It is vital this support is an even split between long-term mitigation efforts and helping women and girls who are facing the threat of a changing climate right now.”