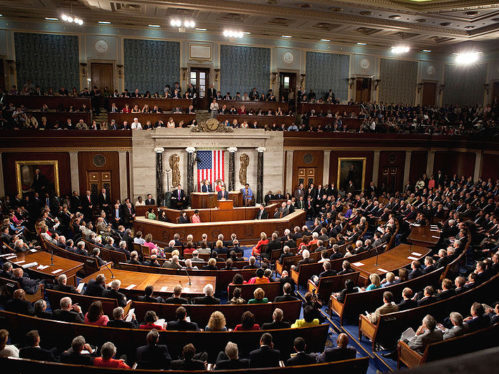 Horrified by the ongoing actions of “the most anti-environmental president in history,” America’s most powerful environmental groups—the League of Conservation Voters (LCV), the Sierra Club, the Environmental Defense Fund, and the Natural Resources Defense Council—are putting serious dollars to work to ensure that more planet-friendly Democrats win big in this fall’s mid-term elections, now just 46 days (and 14 hours, 54 minutes) away.

“The League of Conservation Voters is planning to spend US$60 million to help Democrats win back Congress and statehouses nationwide,” the Washington Post reports, “breaking a record the environmental organization set two years ago when it spent $45 million.”

The Post points out that “all of the federal candidates LCV formally endorsed this year are Democrats, a testament to how far rightward the GOP have shifted on environmental issues since 2008,” when Republicans captured about one-fifth of the organization’s congressional endorsements.

Equally determined to bring Democrats to Congress are the Natural Resources Defense Council Action Fund and the Sierra Club, both of which are set to at least double their campaign spending from two years ago, to $2 million and $6 million respectively.

While the Environmental Defense Action Fund “has not nailed down its campaign spending total,” a spokesperson said it expects total spending to “surpass the more than $6 million we spent in 2016.”

The endorsements alone will by no means automatically put Democrats over the top in their districts, when “according to a Pew Research Center survey in June, only 4% of respondents named the environment as their No. 1 [issue] for candidates to address,” the Post reports. “Immigration, health care, education, the economy, guns, jobs, and taxes all scored higher.”

But the League of Conservation Voters is “using district-by-district polling to hone its messaging in eight priority House race in Colorado, Iowa, Minnesota, New Jersey, North Carolina, Virginia, and Washington,” the Post states. That research showed that “emphasizing the health repercussions of air and water pollution, as well as the need to protect public lands, plays particularly well with suburban women, a key voting bloc in many tight House districts at the edges of cities.”