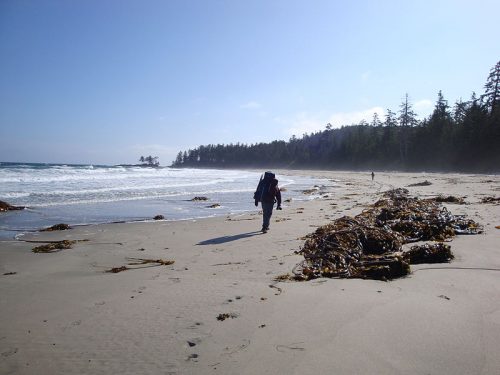 Shell Canada is giving up offshore exploration permits covering 50,000 square kilometres off the British Columbia coast, an area 1.5 times the size of Vancouver Island, even though President Michael Crothers says there are “definitely hydrocarbon systems there,” National Observer reports.

“Shell has had a long history of voluntary conservation in Canada, and this is the logical next step,” Crothers said. “Rather than continue to hold these lands, we plan to formally release them and work with the government of Canada, with the province, with Indigenous peoples, and environmental groups, to see how we can be a catalyst for additional conservation all along the west coast.”

Shell gave up drilling rights in Lancaster Sound, off the north coast of Baffin Island, in 2016, though not before environmental groups had challenged the permits in court on the basis that they’d long since expired. Royal Dutch Shell CEO Ben van Beurden had previously predicted the company would begin producing oil from another controversial Arctic drilling site in Alaska’s Chukchi Sea “nearer 2030,” and declared the reality of unburnable carbon and the resulting risk of stranded fossil assets a “red herring”.

“The Scott Islands, located off the northwestern tip of Vancouver Island, are home to the largest and most diverse seabird colonies in B.C, sustaining nearly 40% of all of the province’s sea birds, while also acting as a pit stop for nearly 10 million migratory birds,” National Observer notes. “Along with birds, the Scott Islands are home to a wide variety of marine mammals and fish, including many species at risk such as the southern resident killer whales.”

“We have made a commitment to meeting Canada’s target of protecting 10% of coastal and marine areas by 2020,” Wilkinson said, adding that the Scott Islands site would bring the current tally up to 7.8%. It stood at 1% when the current government took office in 2015, Observer states.