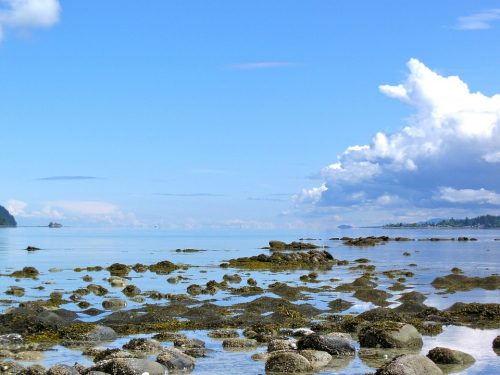 Citing the recent death of a killer whale calf as “our canary in a coal mine,” elected officials from a number of Salish Sea communities, both Canadian and American, are pleading with the Trudeau government to withdraw its support for the Trans Mountain pipeline expansion.

In an open letter to Trudeau last week, the Salish Sea officials charge the federal government’s “plan to transform our waters into an export corridor for nearly a million barrels of toxic bitumen per day for the next 50 or more years exposes us to unacceptable levels of risk.”

Consisting of “18,000 square kilometres of connected waterway on the southwestern coast of British Columbia and northwestern coast of Washington State,” writes National Observer, “the Salish Sea is home to more than 250 species of fish and the critically endangered southern resident killer whales.”

The authors of the letter hope the Trudeau government will use the construction delay brought on by the landmark Federal Court of Appeal ruling August 30 as an opportunity to rethink its fervid support for a project that, “if built, would triple the capacity of an existing pipeline system,” and significantly increase tanker traffic through an already profoundly stressed ecosystem.

Referring to the grief-stricken mother orca who carried her calf through the Salish Sea for 17 days after its death, the petitioners insist that this ritual was an indictment: “that through our treatment of her environment—her home—we are responsible for the death of her infant.”

Responses to the cross-border open letter have thus far been boilerplate deflection, Observer reports, with Pierre-Olivier Herbert, spokesperson for Finance Minister Bill Morneau, stating in an email that “the Trans Mountain expansion project is an investment in Canada’s future, and our government continues to have every confidence in the project.”

Asked to address the fate of the southern resident whale population, Jocelyn Lubczuk, communications specialist with the Department of Fisheries, Oceans, and the Canadian Coast Guard, said Ottawa is “taking ambitious action to protect and recover” the endangered species, and is “committed to working collaboratively with all willing partners, including Indigenous communities, to ensure that we effectively protect our oceans and our coasts.”

That the Notley government in Alberta and its fossil allies might understand “effective protection” to mean anything that doesn’t impede pipelines and tankers is part of what The Tyee analyst Andrew Nikiforuk recently called “the power of oil to construct narratives that bear little or no relation to the truth.” Excoriating both news outlets and politicians for a storyline that reduces the appeal court decision to “a dubious concession to pesky First Nations and environmentalists, and another damned hurdle for ‘the national interest’ and the pursuit of jobs,” Nikiforuk reminds readers that the plaintiffs’ case had been complex, and deeply learned.

Ultimately, “the seven nations that raised legitimate concerns about the pipeline expansion on their lands merely exercised their democratic rights,” he writes. “They raised concerns about property rights, human rights, Aboriginal title, marine safety, sacred burial sites, the survival of orcas, and the protection of aquifers.”

Nikiforuk adds that “if a country’s regulatory regime can’t address such basic issues with fairness and honesty, then its energy regulatory system is badly flawed—just as the court concluded.”