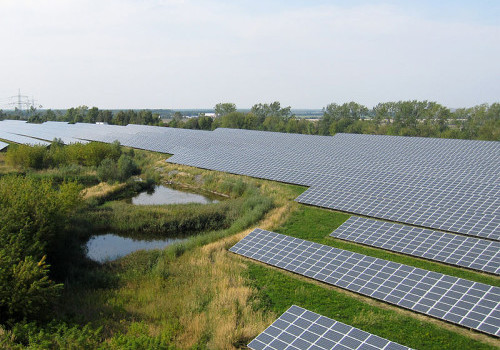 From Germany to Italy, and from the United Kingdom to Spain, Europe is reaping the reward for its early support for renewable energy technologies that are now cost-competitive with fossil fuels—without any subsidies for the renewables. (We won’t vouch for any fossil project ever being subsidy-free.)

“European nations are leading the way because they were among the first to back solar farms with above-market power prices and tax breaks in the early 2000s,” Bloomberg reports. “That triggered a global manufacturing boom and 80% plunge in the cost of installing photovoltaics. Now, governments are cutting incentives as prices drop, and renewables are competitive with fossil fuels in more places.”

In Germany and Spain, in particular, governments’ decision to introduce feed-in tariffs for solar developments “made it easy to anticipate how much each project would earn,” the news agency adds. That paved the way for investors to issue loans on the strength of the contracts.

Now, solar costs are low enough that developers can make money by selling electricity at market prices, or entering into long-term power purchase agreements (PPAs) with big industrial electricity users. Those agreements are becoming a preferred financing mechanism for some financiers.

“The change has come about because many governments believe that support is no longer necessary for the mature technologies which have seen significant cost reductions,” said Michelle Davies, head of clean energy and sustainability at the law firm Eversheds Sutherland LLP. “They take the view that the sector is sufficiently advanced to enable the market to find its own solutions.”

Bloomberg lists subsidy-free renewables projects in the UK, Germany, Spain, Italy, The Netherlands, Portugal. “Policy-makers are taking note,” writes reporter Anna Hirtenstein. “Governments have been rolling back subsidies, ending some early, and phasing out others. The same economics reducing the cost of solar to the point it can survive on its own also are starting to apply to other technologies,” like offshore wind.

“As more subsidies are abandoned, developers will tune in to the wholesale power market, where prices have been rising in recent months,” Hirtenstein adds. “European benchmark rates for power have more than doubled since a trough in early 2016, reflecting higher costs for natural gas, coal, and the carbon emissions permits utilities must buy to burn fossil fuels.”

All of which leads into questions about the long-term price of electricity. “Either project developers lock into long-term contracts, which debt lenders value very much, or they end up being exposed to price variations, which are hard to project 10 years down the line,” said Bloomberg New Energy Finance analyst Pietro Radoia.