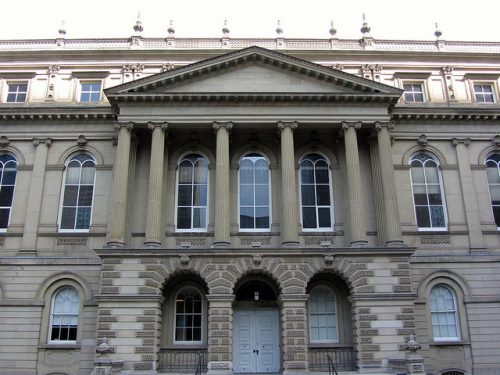 Ecojustice and Greenpeace Canada declared a partial victory Wednesday after the Doug Ford government opened public consultations on its decision to eliminate Ontario’s carbon cap-and-trade plan, just hours after the groups filed suit over the province’s pre-emptive rollback of the Wynne-era program.

“It is important to stand up to bullies who believe themselves to be above the law,” said Greenpeace Canada Senior Energy Strategist Keith Stewart. “Climate denial and inaction have enormous cost for our economy and environment, which is why Ontario needs a climate plan that is consistent with the Paris climate agreement targets.”

“We are happy to see that the Ford government is now doing what the law requires when it comes to public consultation rights on Bill 4—but it shouldn’t take a lawsuit to get them there,” said Ecojustice lawyer Charles Hatt. “And no one should forget that the Ford government still must answer in court for its violations of Ontarians’ rights under the Environmental Bill of Rights. We are confident the Court will make a ruling that vindicates these public rights.”

Meanwhile, the Clean Economy Alliance released an open letter urging Environment Minister Rod Phillips “to start building a strong and effective [climate] plan immediately, beginning with the consultation of Ontario businesses, scientists, economists, and others who understand the sources of, and solutions to, carbon pollution. In addition, we ask that you commit to a firm timeline for establishing a new climate change plan and emission reduction targets, including opportunities for all Ontarians to participate and give feedback into this plan.”

The 61 groups that signed the letter stressed that an “effective, made-in-Ontario plan must include targeted action to tackle the primary sources of carbon pollution in Ontario including transportation, industry, and buildings. The plan must also include adequate funding for implementation, and transparency mechanisms to make sure Ontarians know how this funding will be spent.”

(Disclosure: Energy Mix Productions’ parent company, Smarter Shift Inc., is a member of the Clean Economy Alliance and a signatory to the letter.)