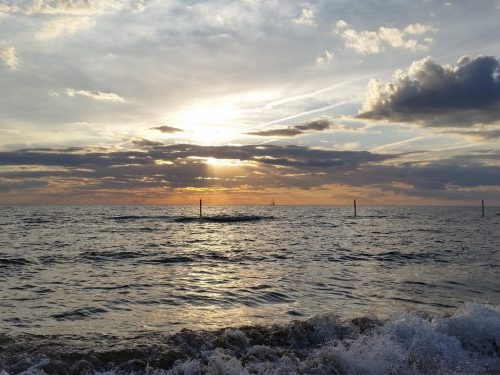 A 3.0°C temperature increase in the Great Lakes is capturing the attention of researchers and drawing parallels with the summer heat wave that has been generating headlines across the Northern Hemisphere and around the world.

The problem, he added, is that “we have ignored climate change for much too long,” and now, “we are already living with the ramifications”.

The Great Lakes normally show annual temperature variations in the range of 0.2 to 0.5°C, so “three degrees is a pretty significant jump,” Fisk said. While the warming trend dates back to the 1950s, 60s, and 70s, “this recent jump is consistent with a lot of other data. We are starting to see very rapid changes, both in the Great Lakes and around the world. That’s the concern: Are we moving into a phase of much larger changes and a lot more variability?”

Compared to an earlier era, when scientists and governments controlled nutrient releases and began reducing pollution to clean up the lakes, climate change is a global phenomenon, Fisk said. “We should all try to help and make changes with climate change. But it’s so global I don’t know what we can do in the Great Lakes to try and mitigate this. It’s almost beyond the region. I think that’s what is quite worrying about these trends.”

The shift will matter for the Great Lakes system because “temperature is one of the most important drivers of aquatic systems and terrestrial systems, as well,” he explained. “When you change the temperature, you force animals to move to places they don’t want to be.”

The added problem for fish is that, as a cold-blooded species, “they are the temperature of their water. When water gets warmer it means their metabolism is higher, which means they need to eat more. It just adds to a general stress on the system.”

Fisk added that researchers are feeling an entirely different kind of stress. “As scientists, we have to be objective in our research, and we all try to do that,” he told CBC. “I think ecologists and environmental scientists are often afraid to say this because they want to be objective.” But now, “there is a general depression and worry amongst all of us.”