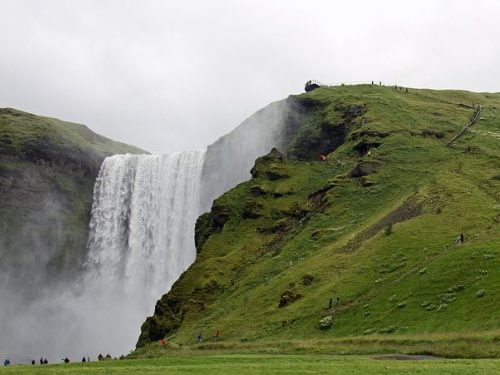 Iceland will increase the number of electric cars on its roads, ban new petroleum and diesel vehicles as of 2030, sequester carbon through wetland reclamation and reforestation, and aim for full carbon neutrality by 2040 under a 34-point climate action plan released this week by Prime Minister Katrín Jakobsdóttir.

“The long-term goal of the government, to be achieved before mid-century, is to eliminate the use of fossil fuels entirely, switching to renewable energy,” Iceland Magazine reports. Since the country already produces 99.99% of its electricity from renewables, “phasing petroleum and diesel out as transportation fuels is key to achieve this goal.”

Iceland’s immediate, audacious goal is to cut carbon dioxide emissions from vehicles in half over the next 12 years. “Consumers will be encouraged to switch to electric vehicles with tax incentives, while carbon taxes on petroleum and diesel fuel will be raised. The state will also encourage people to switch to public transportation and bicycling,” the magazine states. “Among the steps announced are new bike lanes along major traffic arteries and highways outside urban areas.”

The country’s climate plan also includes methane capture from landfills, production of transportation fuel from organic waste, electrification of shipping and aviation, and reducing food waste and chemical fertilizers. The national government plans to invest 6.8 billion ISK (US$60 million) in the plan over the next five years, including 4.0 billion ISK for carbon capture and 1.5 billion ISK for new infrastructure, including EV charging stations.

Jakobsdóttir acknowledged the enormity of the task and the obstacles the country would face along the way, but told reporters, “we are embarking on a journey I hope will prove to be of enormous benefit to Icelandic society.”