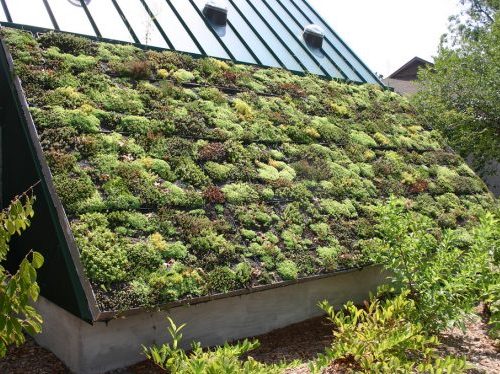 Green roofs will play a key role in making summer heat waves less uncomfortable—and less lethal—for the urban poor, according to a new study in the journal Environmental Research Letters.

Heat waves are America’s “deadliest weather hazard, accounting for a fifth of all deaths caused by natural hazards in the U.S.,” writes University of Notre Dame atmospheric scientist and study lead Ashish Sharma. Poor people living in urban areas are most at risk because their neighbourhoods typically lack the green space that makes for cooler days—and, especially, nights.

High temperatures aren’t the only risk people face, however. Sharma writes that while most urban poor people can’t afford air conditioners, area businesses will crank up the AC, producing spikes in usage that often lead to power outages.

And a malfunctioning grid can have a dangerous spillover effect: “When the lights go out,’ he writes, “critical services such as drinking water, transportation, and health care can be jeopardized.”

Enter the elegant, but extremely practical, green roof, where drought-resistant plants take the place of barren and heat-absorbing concrete or shingles. Such innovations insulate the building below and provide shade, giving relief to heat-stressed tenants without drawing on the grid, while at the same time cutting air pollution.

But knowing where and how to install a green roof isn’t easy, notes Sharma. “Bunching too many of them together in large areas could actually reduce air quality by increasing humidity and pollution.”

Using Chicago’s most heat-stressed and vulnerable districts as their test subjects, Sharma and colleagues “identified neighbourhoods that had the most to gain from green roofs by figuring out which neighbourhoods had the most heat vulnerability, and the greatest potential reductions in rooftop temperatures with green roofs, and used the most electricity for air conditioning,” he explains.

They then provided clear guidance to city officials and urban planners “to scientifically set priorities for a public effort to install green roofs, neighbourhood by neighbourhood”—with the south and west sides of Chicago in most urgent need of being topped with trees, shrubs, and flowers.

“Given that between 1986 and 2015, an average of 130 people lost their lives across the U.S. every year due to heat stress,” concludes Sharma, the creation of such rooftop oases could mean the difference between life and death for many of the poorest habitants of the Windy City.