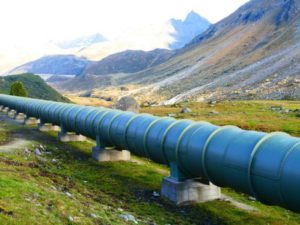 On the same day last week when he told media in Edmonton he would consider legislation to restart the Trans Mountain pipeline expansion, Prime Minister Justin Trudeau also warned Albertans not to expect a short-term legislative fix to get the C$13.8-billion project back on track.

“I think when you look at the heart of the decision, the court actually gives a path forward,” Trudeau told a local radio station. “It says you need to do better and deeper consultation with Indigenous peoples if you want to get projects like this built, and you have to make sure you’re taking into account all the environmental impacts and all the science on it.”

The PM said the government was still considering a range of possible responses to a landmark Federal Court of Appeal decision, including legislation to shorten the review process before the National Energy Board, an appeal to the Supreme Court of Canada, or simply complying with the ruling.

But when the radio interviewer asked whether Ottawa would bring out a “big hammer” to overrule the court decision, Trudeau said that approach would just trigger another round of court battles.

“Using a legislative trick might be satisfying in the short term, but it would set up fights, and uncertainty for investors over the coming years on any other project, because you can’t have a government keep invoking those sorts of things on every given project,” he said. “People want to know that we’re doing things the right way for the long term, that jobs that get started will continue and won’t get stopped by the courts.”

Other news reports over the last several days have quoted the PM as looking for solutions that will ease the way for a menu of future resource projects, not just Trans Mountain.

Meanwhile, Ecojustice and a list of five environmental organizations filed suit in Federal Court Wednesday, calling on the federal government to issue an emergency protection order for southern resident killer whales under the Species At Risk Act (SARA). “The whales need a quieter ocean with more fish to eat,” said Ecojustice lawyer and nature program director Margot Venton. “The whales’ situation is not improving, and in these dire circumstances the groups are left with no choice but to go to court to force the federal government to act.”

“The law is very clear,” Venton said. “Once the ministers determine the threats are imminent they must recommend cabinet issue an emergency order. Legal protections already exist, and unfortunately the ministers have failed to meet this responsibility.”

In an email to The Canadian Press, Fisheries Minister Jonathan Wilkinson responded that “our government has taken unprecedented, sustained, ambitious action over the past two years to protect and recover the southern resident killer whale.”

Good for EcoJustice. I’m glad to see that Trudeau is taking the time to think about it and consider an appropriate, long-term, multi-project response. I hope that means he will sit down and really talk with the First Peoples of this country. Free, prior, and informed consent sounds pretty clear to me.

Trudeau may well have a much more serious problem on his hands than finding “a path forward” for Kinder Morgan via the court.

If an atmospheric scientist is right, Trudeau’s oft-repeated claim that we can grow the economy while concurrently reducing emissions is a pipe-dream. The PM’s contention that there is scientific evidence to support this boast, has never been backed up with any empirical evidence.

Tim Garrett, a tenured professor at the University of Utah, researches the complex interplay among the key inputs related to an understanding of climate change.

In a recent article, Garrett makes a decisive case why renewables will NOT be our salvation. He sees two “really important” problems with a transition from fossil fuels to renewables solar and wind. He writes:

“First, new sources of energy have historically added to past sources rather than replaced them. Second, any source of energy, whatever its source, enables civilization to further destroy its environment through the extraction of matter. … So, even if sunlight and wind are seemingly infinite, our planet Earth is not. Any short-term material gain of ours, is a loss for the world around us. Renewables only accelerate this process.”

When an expert on the complicated physics of climate science speaks, it would be advisable to listen – very carefully.

If the science is wilfully ignored, Trudeau will be playing dice with our very salvation.

To read a full account of Garrett’s excellently argued paper “Are renewables our salvation”, here is one source reposted on my website at ShortLink https://wp.me/pO0No-4tJ .