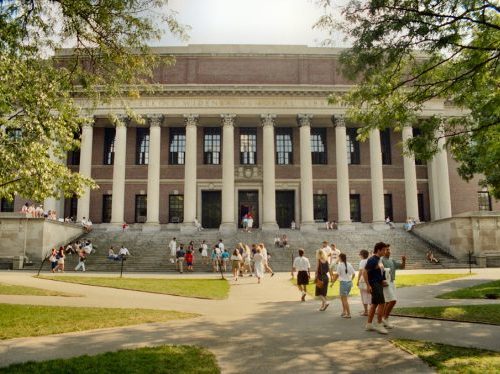 Harvard University is under fire for a “billion-dollar farmland fiasco” in which its endowment fund is said to have bought up 850,000 hectares of productive land around the world, with severe consequences for ecosystems and the people who depended on them.

The acquisitions “were undertaken without proper due diligence and have contributed to the displacement and harassment of traditional communities, environmental destruction, and conflicts over water,” states Barcelona-based GRAIN, in a report it produced along with São Paulo’s Rede Social de Justiça e Direitos Humanos (the Social Network for Justice and Human Rights). “The consequences of these deals are particularly dire in Brazil, where Harvard’s endowment fund has acquired nearly 300,000 hectares of land in the Cerrado, the world’s most biodiverse savannah.”

The two organizations add that “Harvard’s opaque farmland investments resulted in windfall remunerations for its fund managers and business partners but have failed as an investment strategy for the university.” They’re calling on Harvard students, faculty, and alumni to halt further farmland investments by the university’s endowment, resolve all land conflicts associated with its current holdings, and adequately compensate affected communities for damages.

The report sets the scene in the Brazilian village of Melancias, along the banks of the River Uruçuí Preto in the country’s Cerrado region, where people had “lived well on the fertile lands, lush savannahs, and abundant waters” for more than a century.

“A few years ago, powerful businessmen fenced off the lands surrounding the village and erected massive industrial soy plantations,” the report states. The community “was cut off from the lands they had depended upon for generations to feed their families and started suffering from new health problems caused by pesticides that have been aerially sprayed onto the farms and blown into homes. The pesticides also destroy their crops and pollute local water sources, which now means that rivers and springs once abundant with fish are now drying up because of deforestation and irrigation on the plantations.”

Harvard manages its involvement with the project through local associates, GRAIN charges, and the same pattern repeated in at least five other villages in Brazil—and in several other countries around the world. “Harvard’s farmland acquisitions are channeled through complex company structures, making it difficult to ascertain its specific farmland holdings. Even the fund’s own Board of Overseers does not have a clear understanding of the farmland that the fund owns and manages,” the report states.

But “our investigations revealed that, over the past decade, Harvard used multiple company structures to acquire vast farmland in Brazil, South Africa, Russia, the Ukraine, New Zealand, Australia, and the United States,” it adds. “Shielded from public scrutiny, the university’s endowment fund quietly accumulated into one of the largest farmland portfolios of any financial company in the world in less than a decade.”

The report accuses Harvard’s local associates of destroying Aboriginal burial sites in Australia, acquiring farms in South Africa where former black workers and their families “had been granted rights of occupation under the post-apartheid land reform” (though the university eventually abandoned that deal), and running vineyards in California that could jeopardize other farms’ access to available water resources. It identifies the University of Texas, Princeton, Stanford, Yale, the University of Michigan, Emory University, and the University of Pennsylvania as institutions with similar programs.

In a review of Harvard’s investment portfolio, Bloomberg Businessweek concludes the university’s direct investments in farm and timberlands “have proved to be more trouble than they’re worth”, largely because of its unconventional approach to those deals.

“The South American mess shows the legal, financial, and reputational risks that Harvard faces because of its strategy of buying directly into developing markets,” Bloomberg states. “Most college endowments hire outside fund managers to spearhead such investments. Harvard Management Co., which oversees the university’s US$37-billion endowment, instead bought properties through business partnerships that it formed with locals and controlled.”

Now, Harvard says it has “instituted a more proactive approach to working with managers of new and remaining assets—a partnership that provides more oversight and ensures that we can leave the land and community better than when we first invested,” Bloomberg reports. The endowment’s new CEO, Narv Narvekar, “has retreated from direct investing” and “spun out teams of managers overseeing assets from real estate to hedge funds, sending them to start their own businesses while investing with them. Yet Narvekar is still trying to hammer out the future of the troubled natural resources portfolio, even as he sells some investments.”

With the new school year getting under way, the university is under pressure from students, alumni, and environmental groups to align its investment practices with the social justice values it espouses. “Harvard’s farmland deals should be a cautionary tale for institutional investors,” said GRAIN researcher Devlin Kuyek.