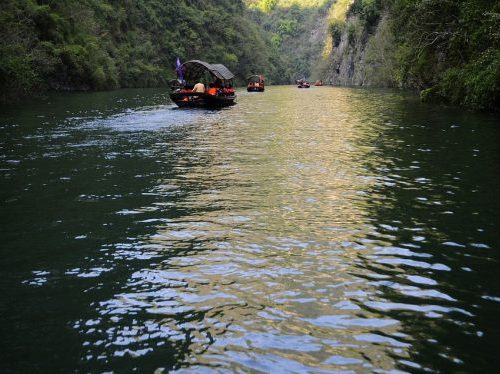 Extreme river flows considered once-in-century events can be expected more frequently if average global warming is kept to 1.5°C above pre-industrial levels, but even more so in many regions at 2.0°C, according to an international study of major river systems around the world.

The study, recently published in the journal Environmental Research Letters, set out to address a serious problem in climate modelling: that the design of model experiments, which allow for a variance of about 0.5°C, prevents researchers from differentiating the risks associated with the high and low targets in the Paris Agreement.

The study authors say the problem is particularly acute with the hydrological cycle, due to the way major models deal with the distribution of global precipitation and changing atmospheric dynamics over the course of the century. “This, in turn, makes it difficult to differentiate whether detected differences result from additional warming or additional factors,” leading to the concern that the attribution of impacts at 1.5°C and 2.0°C average warming “may not be scientifically robust.”

The study team tried to address the problem using the HAPPI Protocol, a modelling framework ”specifically designed to simulate the specified Paris Agreement temperature targets as precisely as possible, by separating the impact of an additional approximately half degree of warming from uncertainty in climate model responses and internal climate variability.”

The study concluded that “the response at 2.0°C is not a uniform extension of the response at 1.5°, suggesting a non-linear global response of peak flows to the two mitigation levels.”

Even so, say the study authors, “committing to the 2.0°C warming target, rather than 1.5°C, is projected to lead to an increase in the frequency of occurrence of extreme flows” in many global regions, including “most of South America, central Africa, central-western Europe, the south of the U.S. (Mississippi river area), central Asia, and Siberian catchments.”

Notably, while the Yangtze and Indus basins were projected to experience more frequent one-in-100-year flow increases at 1.5°C, these values didn’t “change appreciably” between 1.5 °C and 2.0 °C.

The study also determined that the northern part of South America, areas of the western coast of the United States (Colorado River) and Canada, South Africa (Orange River), Scandinavia, and some parts of eastern Europe would see extreme river flows less frequently at either 1.5 or 2.0°C average warming.

Coal is the Challenge as Orlando, Florida Pushes Toward 100% Carbon-Free Target