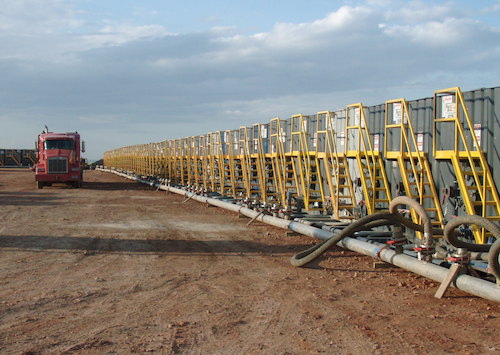 The low cost of fracked natural gas has Alberta fossils dreaming of a multi-billion-dollar boom in petrochemical production, mimicking the industrial development that followed the introduction of horizontal fracturing in the United States.

“The adoption by drillers of fracking technology to unlock oil and gas from shale rock expanded U.S. production dramatically starting a decade ago,” Reuters reports. “That abundance has generated $194 billion since 2010 in announced capital investment to build or expand U.S. chemical plants that use gas to make plastics, fertilizer, and fuel.”

With that history in mind, “Alberta hopes to do the same thing, turning prices that are about one-third those at the U.S. Gulf Coast into a competitive advantage to attract petrochemical companies. Such investment would provide a badly needed market for oil and gas within the landlocked province, where energy companies struggle to reach buyers farther away.”

Alberta first introduced “diversification” incentives to support the new business line in 2016, then opened a second round of subsidies earlier this year. “They’re getting all kinds of expressions of interests,” David Podruzny, vice-president of business and economics at the Chemical Industry Association of Canada, told Reuters.

“As attractive as cheap gas is, skeptics say Alberta’s incentives fall short of those in the U.S. Gulf, and the province also has the disadvantages of higher costs and inadequate infrastructure,” Reuters states. “But companies are chasing opportunities even without government help.”