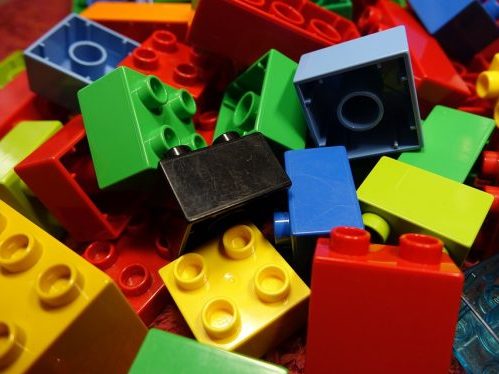 Keenly aware of its considerable carbon footprint of about a million tons of CO2 per year, iconic Danish toymaker Lego is on a mission to perfect a plant-based, petroleum-free formula that will allow it to continue to produce its iconic bricks and building blocks as the world decarbonizes.

Lego’s determination “to eliminate its dependence on petroleum-based plastics, and build its toys entirely from plant-based or recycled materials by 2030,” will be sooner felt than realized, however. The New York Times reports that it is proving far from easy to design petroleum-free blocks that “click together yet separate easily, retain bright colours, and survive the rigours of being put through a laundry load, or the weight of an unknowing parent’s foot.”

Such extraordinary, well, plasticity owes to a petroleum-based substance called acrylonitrile butadiene styrene (ABS), “a common plastic also used for computer keys and mobile phone cases” that is “tough, yet slightly elastic, and also has a polished surface,” the Times notes.

Lego has invested about DKK 1 billion (about C$204 million) and hired about 100 staff in an “exhaustive search” for the elixir that will make bricks that “can take a whack without breaking, or survive a hard pull” and “withstand the heat of a Saudi Arabian summer,” all while delivering “the bright colour palette that Lego bricks are famous for.”

“The company’s bricks may look simple, but they are made with incredible precision,” the Times notes. “We look at how does it look, and how does it feel,” said Nelleke van der Puil, Lego’s vice president for materials.

To date, the holy grail of plant-based Lego bricks remains elusive. Some prototypes are too soft. Others are too brittle and break, “leaving sharp edges that could injure a child,” the Times reports. Still others “have popped out with ugly, muddied colors,” while some experiments “have on occasion produced misshapen or pockmarked bricks.”

But the Times says Lego is undaunted. While the “search for a substitute for petroleum-based plastic could yet take years of work,” executives like Tim Brooks, the company’s vice president for environmental responsibility, “argue that, as a company that models itself as a de facto educator as much as a profitable enterprise, it has little option but to keep trying.”

“It is important,” Brooks told the Times, “that we can make a toy that doesn’t jeopardize children’s future.”