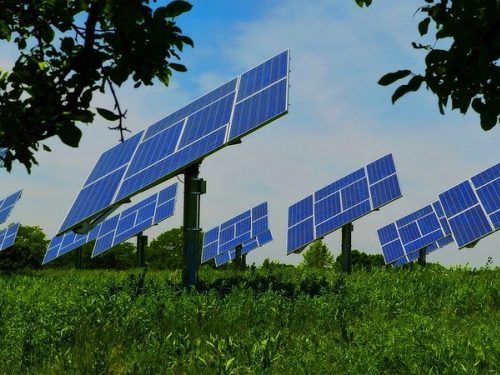 Entrepreneurial enthusiasm—enabled and secured by serious state legislation—is building a strong future for both local and out-of-state solar companies in Illinois.

After getting its own start in solar 25 years ago, responding to the needs of Amish clients seeking a grid-free option to recharge the lights on their buggies, Indiana-based Wellspring Solar is one of a number of Midwestern and national companies taking advantage of the incentives offered under Illinois’ Future Energy Jobs Act (FEJA). The legislation “mandates that the state develop about 3000 MW of solar by 2030, up from about 74 MW when the bill passed in late 2016,” Energy News Network reports. Wellspring has responded enthusiastically to FEJA, opening an office and hiring employees in its neighbouring state.

“With the great incentives starting in Illinois, that’s a market where you want to be,” said Vice President and General Manager Arlin Yoder.

Barry Shear of Iowa-based Eagle Point Solar agrees. “FEJA is creating an opportunity for solar development in Illinois that otherwise wouldn’t be there,” he said. “If FEJA didn’t happen, then Illinois essentially would be just like Iowa—no incentives, no tax subsidies, avoided utility costs.”

And FEJA has proven to be a job generator, ENN notes. Before the bill was passed, Mike Nicolosi’s Illinois-based Rethink Electric had five employees. The company is now up to a work force of 25, with six more positions opening up by the end of the year.

“Before we could keep one crew—incentives would come and go, so you couldn’t invest much,” Nicolosi said. “Since last year, we’re hiring just to handle the influx,” and the state’s Solar Renewable Energy Certificate (SREC) program “hasn’t even started yet”.

Sarah Wochos, co-legislative director for the Environmental Law and Policy Center, which helped craft the legislation, agrees it has opened up a state that was effectively closed to community solar. But “FEJA doesn’t guarantee a windfall for everyone,” she cautioned.

“A big question mark,” she said, “is the scope and accessibility of the adjustable block grant program,” explaining that “community solar and behind-the-meter systems need to have an interconnection agreement with the utility” before securing grants. Those deals can take months to negotiate.

“Another dark spot in FEJA’s implementation, as some solar developers see it, is a pending challenge by ComEd [Commonwealth Edison, the largest utility in Illinois] seeking to prevent municipal utilities and rural cooperatives from participating in the SREC market,” ENN notes.

But most developers believe that “infrastructure and growing awareness of solar, along with the dropping price of solar hardware, will mean continuing demand” once FEJA has jump-started the Illinois market.